A Crisis Management Blueprint for COVID-19 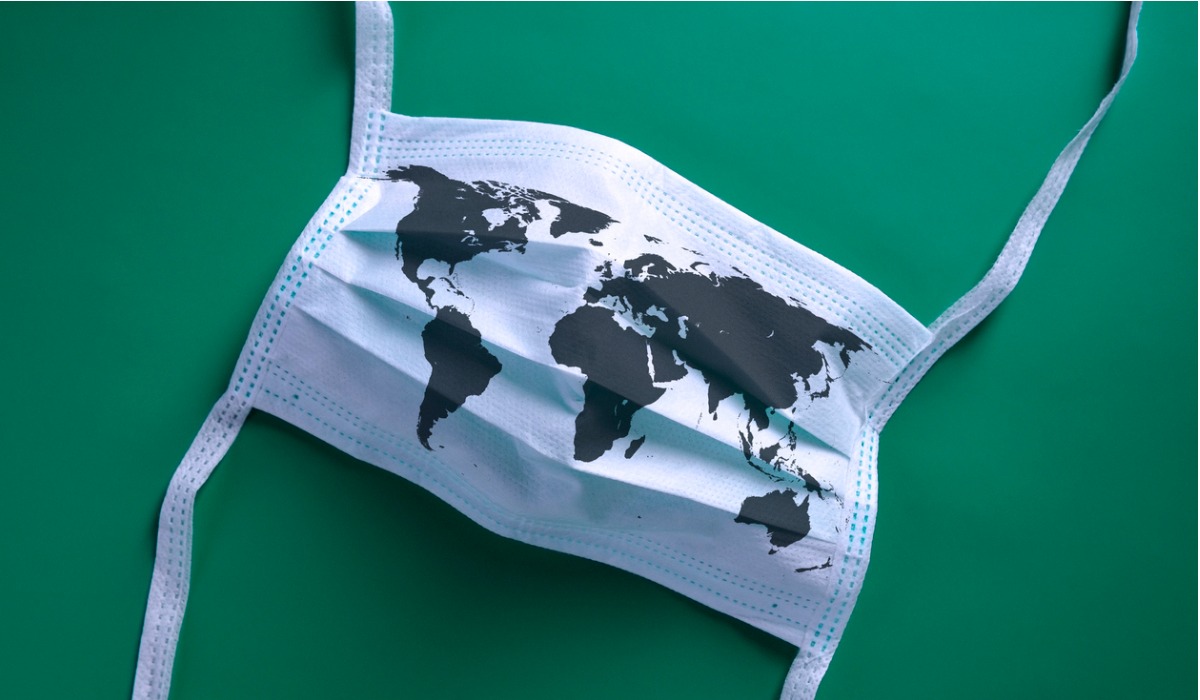 Crisis is conquered through a positive combination of talents and competencies.

In recent days, it’s become commonplace to call COVID-19 an “unprecedented crisis”. It is a politically convenient cliché, implicitly letting leaders in many Western nations off the hook for their manifestly slow and insufficient responses to the pandemic. How could they be expected to know what to do, when confronted by a completely unfamiliar enemy?

This way of thinking ignores, however, that Asian countries such as South Korea, Singapore and Taiwan did appear to have adequately prepared. Their swift, effective action in the early days and weeks of the crisis helped them skirt a disaster on the order of what has tragically unfolded in Italy. Although the world has not seen a pandemic as infectious and lethal as COVID-19 in quite some time, these countries had learnt enough from their bitter experience with the SARS epidemic to take the threat seriously and act accordingly. They also reacted and learnt on the spot from each other. Despite having more time to coordinate their response, leaders in many Western nations appeared to have failed the crisis management test.

In reality, there are very few truly unprecedented crises. More often than not, leaders simply freeze in front of a crisis. Surveying the past with an objective, rational attitude should give any leader a general yet accurate enough idea of the threats they may encounter. And once a potential danger becomes actual, there are basic principles that experienced crisis managers can adapt to suit the situation. Many of the principles one of us learnt through many years of fighting crises in the world of finance readily apply to COVID-19. These principles can be organised into a five-phase framework that we feel is applicable to a wide variety of real-world crises. Originally an outgrowth of our work on fair process leadership, our “5E” framework also serves as a guide for the high-stakes decision making that is part and parcel of crisis management.

Our recent working paper illustrates how the “5Es” could be used to shape a response to the COVID-19 crisis. Some aspects of the framework could still be useful as governments struggle to control the spreading virus. If nothing else, they remind us of the important role that experienced crisis managers play in times like these. They should also strengthen our resolve to do better next time.

Phase 1: ENGAGE All in Framing the Crisis and Get Your Framing Right

The relative success of the Asian countries in tackling COVID-19 began with framing, an essential first step if crisis managers are to have any hope of coordinating a meaningful response. Identifying patterns in how crises unfold and in how people respond to them comes with experience. These patterns repeat themselves and need to be rapidly identified. The appropriate framing for European countries such as Italy and France would have stressed “flattening the curve” in order to prevent the collapse of the healthcare system. Another is to immediately protect, and prioritise, the most vulnerable. Once devised, the framing should be communicated to all those whose cooperation is needed or who would be affected. This would include relevant corporations (medical suppliers, etc.), healthcare workers, infectious disease physicians and those at high risk of infection. Isolate the vulnerable ones, not necessarily all!

Unfortunately, early crisis framing from the leaders of many Western countries has been tentative and based on wishful thinking, if not outright paralysis. For example, even as COVID-19 infections were appearing by the score in a nursing home in Washington State, President Trump posted misleading tweets implying that the novel coronavirus was less lethal than the seasonal flu, and that his long-promised border wall would solve the problem.

Phase 2: EXPLORE the Crisis and How to Fight It

As you start to fight the crisis, priorities and planning must be clearly communicated. Remember, how we got into the situation is not how we get out of it. A delicate balance must be sustained between realism and hope, between acclimatisation to uncertainty and commitment to transparency. Instead of aspirational or disingenuous promises of everyone emerging from the crisis unscathed, foster down-to-earth expectations by focusing on the most pressing and achievable goals. At the same time, generous information sharing removes opacity from the crisis management process and empowers those not directly engaged in decision making. For example, the Singaporean government gives the general public anonymised information on each new COVID-19 case – including age, travel history and associated disease clusters – so that citizens have access to the same information government officials are using. Governor Andrew Cuomo in New York is providing another excellent example.

Finally, there needs to be at least a reflected glimmer of light at the end of the tunnel. While the majority of resources should be devoted to the immediate mission of defeating the crisis, a team or task force should be designated to investigate the endgame – post-crisis next steps and how to return to normalcy. This is key to provide hope and resolve, which reduces the chance that the population becomes swamped by only negative news.

Phase 3: EXPLAIN What You Have Decided, Why and How It Will Work, Then Commit to Action

In a crisis, inaction always makes the problem worse. A failed action may teach you something that leads to a breakthrough. But failure can lead to panic, chaos and a loss of credibility unless you prepare the ground beforehand.

Crisis managers should go into battle with at least three lines of defence, a strategy also adopted in military, banking (business unit, control function, internal audit) and other contexts. Explain the logic informing your plans and convey clearly to all your stakeholders that should the first attempt fail, there are two less preferred, but still possibly viable manoeuvres up your sleeve.

Failure to properly communicate proved disastrous for financial markets when US and European central banks introduced early measures meant to staunch economic decline caused by coronavirus fears. Without a full explanation, the measures struck the market as a symptom of economic panic rather than the cure, triggering a massive sell-off.

If these initial measures had been conveyed to the public as merely the first move in a much larger bid to bolster the economy, they might have fulfilled their intended purpose.

You won’t know whether your strategy is working unless you rely on the right metric, one that authentically reflects results and generates trust in the leadership. Choosing the wrong metric, by contrast, can not only misrepresent success as failure (or vice versa), but also can lead to snatching defeat from the jaws of victory. With COVID-19, for example, focusing only on death counts can be misleading and despair-inducing, since a disproportionate number of those who succumb to the virus are aged and infirm. Mortality rates by age group, compared to past outbreaks of a similar nature, would paint a more precise picture.

Build up your critical resource reserves, preferably well in advance. Even if you are sitting on a mighty cash pile, it’s better not to become complacent. Waiting until a crisis hits could deplete your purchasing power due to rocketing demand for those necessary items, services, etc.

For example, if local authorities in the US had followed the advice in Bill Gates’s 2015 TED talk, they would have assembled large stockpiles of protective equipment and masks long before COVID-19 arrived on American shores. Their failure to do so leaves them with little leverage in those testy exchanges with Trump.

Phase 5: EVALUATE, Learn and Adapt Efforts, As Well As Your Leadership, as New Information and Feedback Comes In

Humility, a valuable leadership attribute in the best of times, becomes essential during a crisis. Inevitably, you will make mistakes – it’s how you respond that will prove your leadership mettle. Crisis highlights a leader’s true character as it is very difficult to convincingly pretend for an extended period of time to the public. Frankly admitting responsibility, displaying proactive willingness to change course and consulting openly with others on the new direction will prevent errors from fatally undermining the collective effort.

Crisis management should not hinge upon any one leader. Should circumstances or responsibilities change, you may need to remove yourself. (An example would be a COVID-19 crisis manager who falls ill from the virus herself.) A contingency plan should determine how such a reshuffling amongst the leadership team would play out.

Finally, be very careful about how and when you declare the crisis to be over and begin to wind up your efforts. With COVID-19, this is going to be especially important. Until we have a vaccine, the possibility of subsequent flare-ups will be very real. Thus, leaders must juggle the near-term need to transition back to normalcy with prudent preparation for future outbreaks.

The Right Time To Prepare

As crisis recedes, it reveals opportunities for remedial action. Fresh, painful experiences produce a rare degree of political will to prevent future crises; the exaltation of survival spurs high morale and hopefulness. Presumably, this unique combination of emotional conditions will prevail when the COVID-19 lockdowns are finally lifted. Good crisis managers will capitalise on the moment rather than drift towards complacency. The flaws in preparedness and responsiveness that this pandemic has exposed in our supply chains, political leadership, healthcare public policy, among others, should not be forgotten.

As we write in the working paper, “It is not sufficient to learn; one must also adapt one’s organisation, government and country so lessons are truly integrated.”