Behind the IPOs of Chinese Firms 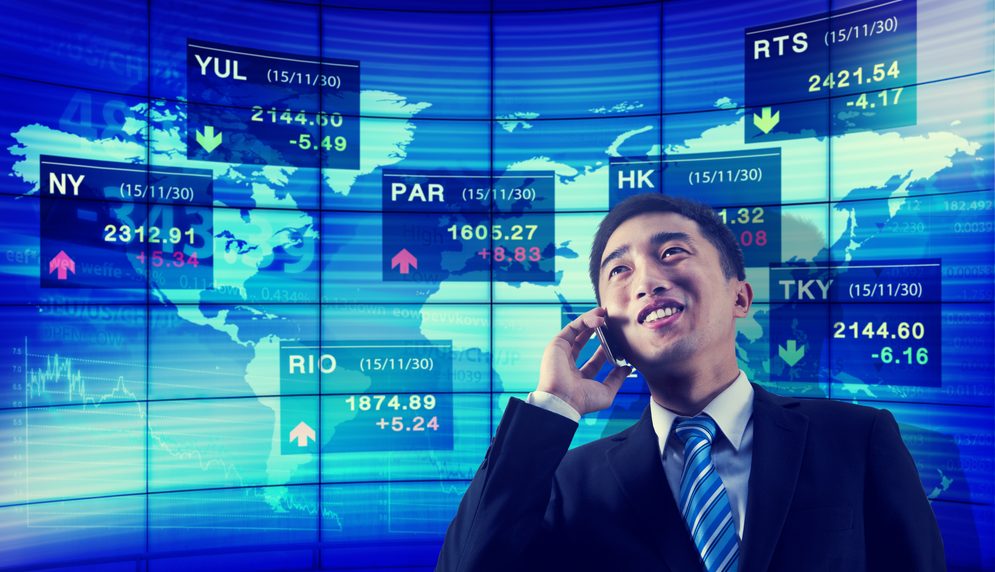 Why do Chinese companies seek listings overseas? And what do initial public offerings (IPOs) have to do with CEOs’ and provincial bureaucrats’ political ambitions? Researchers at CUHK Business School attempt to untangle the intricate relationships between listings, political connections and firm performance in two unprecedented studies

In recent years, a slate of Chinese companies have been listed on international stock exchanges, such as the New York Stock Exchange, NASDAQ and the Hong Kong Stock Exchange—a phenomenon that has drawn the attention of many researchers. What motivates them to be listed outside of the two domestic exchanges—Shanghai and Shenzhen?

The motivating factors can be manifold. One possibility is that these companies aim to achieve greater financial returns by being present in foreign capital markets, where more capital might be available. However, evidence shows an entirely different factor at play. It turns out that it is mainly the managers at State-Owned Enterprises (SOEs) with the goal of going up the political ladder that have been taking advantage of overseas listings. This is according to a research conducted by Tianyu Zhang, associate professor at the School of Accountancy of CUHK Business School, T.J. Wong, professor from the same School and Mingyin Hung, a University of Southern California professor and a former associate professor at CUHK.

Behind the Scene of Overseas Listing

The researchers initially believed that the rigorous corporate governance standards of mature stock markets would be a motivation for Chinese companies to list overseas. In their view, compared with being listed on the domestic exchanges, listing abroad would allow these companies to learn more about how to fine-tune their corporate governance and improve their financial performance.

However, a closer look into the political connections of the Chinese companies has shed interesting light on the matter.

First, the research reveals that SOEs with strong political connections—those with a CEO or chairman who is a current or former government bureaucrat—are more likely to list overseas than non-politically connected companies, since it is easier for them to gain approvals from various government agencies, which in turn smoothens the path toward their obtaining the final overseas listing approval from the China Securities Regulatory Commission.

By examining government-sanctioned media reports on 939 domestically listed and 79 internationally listed Chinese SOEs during the period 1992-2005, the researchers found that during the five years following their IPOs, overseas-listed SOEs are more likely to see their top executives receive media coverage by People’s Daily, the official Communist Party newspaper generally regarded as an accurate indicator of government sentiments and intentions. The more coverage these executives get, the bigger chance would be of being noticed by leaders in the Central Government. This would therefore increase their chances of being promoted.

The researchers also found that the heads of overseas-listed SOEs stand a bigger chance of getting promoted as top government officials than their counterparts who head domestically listed companies. “It’s pretty common that after you’ve served as head of an SOE, you get promoted as a top government official,” Prof. Zhang says.“Overseas listings provide managers at politically connected firms with a new channel to realize their political ambitions.”

IPO: a Tool for Political Advancement

Back home, political aspiration also plays a role in domestic IPOs. According to another research2 by Prof. Zhang, whether it is SOEs or privately owned enterprises (POEs) in China, there has been a tendency for the number of IPOs to shoot up in advance of impending political promotions of provincial leaders.

By investigating more than 400 companies that went public from 1998 through 2008, Prof. Zhang and his collaborator Joseph Piotroski, an associate professor at Stanford Graduate School of Business, found that local politicians had made use of their power to speed up the process of IPOs with the goal of moving up the political ladder themselves. In some provinces, company listings are regarded as a performance indicator of local politicians. Thus, the more IPOs there are in a province or municipality, the better the local economic performance is perceived by the Central Government. As such, ambitious local politicians would try to encourage more SOEs to go public in order to get promoted to higher ranks.

“Investors should be aware of the impact of politics when they invest in Chinese firms. Political connections can influence a firm’s operations, such as transparency and investment decisions.” – Prof. Zhang Tianyu

The authors wrote that when a politician’s performance is evaluated based on the criterion of how much the local economy has developed, and when company listing activity can practically be influenced by political intervention, then the local politicians would take advantage of the built-in market mechanisms to enhance their career prospects or to achieve specific government objectives, or both.

Prof. Zhang stresses that when these firms are in a rush to go public in advance of anticipated turnover of politicians, they often fail to choose the optimal timing for their business. Therefore, their IPO activities are more likely to be of lower quality and perhaps premature. Through measuring the companies’ stock returns, the study reveals that companies listed during the period when the politicians were promoted actually underperformed their counterparts listed outside the promotion period by 14.9 percent in the year following their offerings.

“If a firm truly needs to raise money and go public, it would have a clear plan for its future development. For example, it would plan how to allocate the capital it gets from the market to help future growth,” Prof. Zhang explains. “By contrast, if it is a firm listed around a political turnover event, the firm would probably allocate the money to a project that hasn’t been mentioned in the company prospectus prior to its IPO.”

A Word to the Wise Investors

“In China, despite the rapid transition to a market-based economy, political forces continue to have an impact on the capital market development and the allocation of capital,” says Prof. Zhang. “In light of this, investors should be aware of the impact of politics when they invest in Chinese firms. Political connections can influence a firm’s operations, such as transparency and investment decisions.” He suggests retail investors concerned about long-term profits to avoid investing in Chinese firms that have strong political connections.

Nevertheless, Prof. Zhang says the current anti-corruption campaign in China would dilute some of the political influence on Chinese businesses. For example, since the Organization Department of the Communist Party of China issued a new regulation that high-ranking government officials are not allowed to hold company positions—particularly in listed companies—outside their office, hundreds of officials have quit their posts as independent directors in companies.

It is well known that social networks are essential for doing business in China. To some extent, these networks, or guanxi, determine how resources are being allocated, particularly when it is the government that controls the resources. In such cases, companies would try to obtain resources through establishing political connections, which might lead to inefficiency or wrong allocations of resources, says Prof. Zhang. “However, the anti-corruption campaign can prevent this kind of rent-seeking activity and make companies more professional in the long run,” he concludes.

1.Mingyi Hung, T.J.Wong and Tianyu Zhang, “Political considerations in the decision of Chinese SOEs to list in Hong Kong,”,” Journal of Accounting and Economics,, 2012.
According to the paper, among the 79 overseas listed firms, 78 are listed in Hong Kong, 14 in New York, and 5 in London. Interestingly, all 14 U.S.-listed and 4 of the 5 U.K.-listed Chinese SOEs are also listed on Hong Kong stock exchanges.

2.Joseph D. Piotroski, and Tianyu Zhang, “Politicians and the IPO decision: The impact of impending political promotions on IPO activity in China,” Journal of Financial Economics, 2013.