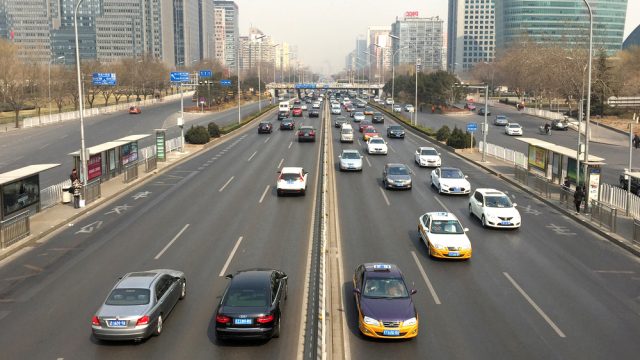 In the recent reform of State-owned Enterprises, the Chinese government wants to use partial privatization or the so-called “mixed ownership” to improve SOEs’ creativity and competitiveness. However, will it be successful?

Ownership can ultimately determine an entity’s efficiency. The theory of property rights believes that in a competitive market, private ownership should perform more efficiently than state ownership. The recent China’s reform with its opening-up policy seems to support this hypothesis. Its new guidance to the state-owned enterprises (SOE) reform intends to use mixed ownership to liberate its economy. A euphemism for partial privatisation, mixed ownership is a combination of state and private ownership. The Chinese government wants to improve efficiency while maintaining control at the same time. However, mixed ownership is unlikely to achieve long-term equilibrium under the current guidance by the government. The current trend looks like China will be wandering between state-ownership and mixed ownership rather than going fully privatized. Without the government’s full determination, this round of SOEs’ reform might just be another fantasy for the Chinese economy.

An Overview of the Guidance to SOE Reform

On September 18 last year, Chinese Premier Li Keqiang administered a meeting on reforms of state-owned enterprises (SOEs) in Beijing, stating that “the SOEs are an important foundation for national development but are in urgent need of reforms as languid mechanism and poor management have resulted in declining profits[1]”. Shortly after, the Chinese government released the “Guiding Opinions of the CPC Central Committee and the State Council on Deepening the Reform of State-owned Enterprises”.

In the guideline, one of the most important aspects is to promote mixed ownership. Specifically, SOEs are encouraged to attract all kinds of capital, whether state- or private-owned, domestic or overseas. Non-SOEs are encouraged to join the process by investing in SOEs via different channels such as stocks, bonds and share right swaps. As such, mixed ownership is a combination of state and private ownership. The reform’s ultimate goal is to turn SOEs into fully independent market entities.

The reform seems market-oriented and the Chinese government seems determined to replace, at least partially, state ownership with private ownership. Researchers have found that state ownership can greatly restrict efficiency while privatization of SOEs will lead to improvement[2]. Clearly, Beijing wants to use partial privatization (or the so-called “mixed ownership”) to improve SOEs’ creativity and competitiveness, which is part of the “Chinese Dream”. This idea attracts great public enthusiasm, as reflected in the price boost of A-share market before July.

A Caveat to Mixed Ownership

However, there are still strong doubts on the determination and implementation of this reform. There are approximately 150,000 SOEs in China, holding more than 100 trillion yuan (15.7 trillion US dollars) in assets and employing over 30 million people[3]. How can it be possible that the government is willing to hand out such a huge fortune to the market so easily? In my opinion, the government will at least remain control on any entities involved with national security, of high market values, or significantly influencing the employment rate. A top-down reform will cease at some extent.

A closer look at the guideline might further tell us whether this reform can lead to full marketization and privatization.

The guideline categorizes SOEs into two groups: for-profit entities and those serving public welfare. The former will be market-based, aiming at efficiency improvement, while the latter will be reformed to improve people’s quality of life and provide public goods and services[4]. The mixed ownership applies mainly to the for-profit entities, but the government will hold the option of remaining majority control[5]. Moreover, the guidelines state that no specific agenda on mixed-ownership reform will be set, but the government will promote it gradually[6].

Therefore, it is possible that SOEs might remain state-owned while still following the guideline. Most SOEs can claim themselves not-for-profit to avoid privatization, since all SOEs provide social welfare in some extent. But even if they are treated as for-profit, the government still has the option to maintain majority control.

Apart from that, even after SOEs are privatized, their CEOs can still be politicians. According to the guidelines, politicians in SOEs have the choice of whether to stay in the entities as party officials or become professional managers.

Therefore, although the intention may be good and that this reform-based mixed ownership seems to be a road to privatization, the government leave enough room to back off for itself. The feasibility and implementation of the reform is actually questionable.

How far can this round of SOE Reform go?

As a matter of fact, this is not the first SOE reform launched by the Chinese government, nor is this the most intensive one. Back in the late 90s, China’s former Premier Zhu Rongji closed down a large proportion of inefficient SOEs, leaving tens of millions of workers unemployed. Consolidations, restructures and privatization were the same tools used in the previous reform as in now.

Though the remaining SOEs performed much better afterwards, privatization actually took a step backward after Zhu’s retirement. Around 2005, “re-nationalization” started to become a trend in China[7]. State ownership became prominent in the market again and stayed almost at its peak during the last decade. It could be said that China has effectively renationalized its economy.

So the question is: If the previous reform did not prove to be successful, how can the government assure that this time around it will be successful?

The reason could be that the Chinese government might never have the incentives to fully privatize the SOEs. Zhang Yi, who runs the commission that oversees Chinese SOEs, the State-owned Assets Supervision and Administration Commission of the ruling State Council, said, ”In the process of deepening reforms of state-owned enterprises, the leadership of the party can only be strengthened, not weakened.”[9]

However, mixed ownership is unlikely to achieve long-term equilibrium. It can go back to state-ownership much more easily than moving to fully privatization. But full privatization is preferable if China wants to improve creativity and efficiency in the long term[10]. Therefore,while we believe the reform can make some progress, we should also realise that the impact is going to be limited. Without getting into full swing, the goal of this round of reforms might just be another fantasy for the Chinese economy.

[10] Boardman, Anthony E., Vining, Aidan R. 1989. “Ownership and performance in competitive environments: A comparison of the performance of private, mixed, and state-owned enterprises.” Journal of law and Economics. 32(1):1-33.