Do Asian Family Businesses Destroy Themselves? 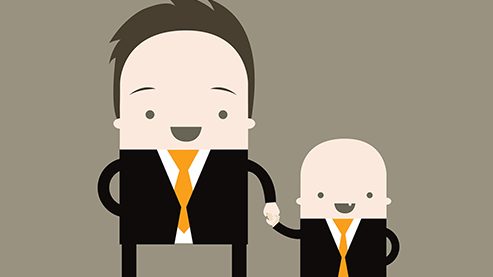 Family businesses the world over face the same issue in succession — how to transfer the company from one generation to the next. But in Asia, the transfer could easily ruin a family, according to research by CUHK Business School

One generation creates wealth, the next maintains it and the third wastes it, conventional wisdom holds. But the problem is even more severe in Asia. In fact, Asian family firms lose almost 60 percent of their value in the first transfer of power when the founder steps down, according to research by Prof. Joseph Fan, Co-Director of the Institute of Economics and Finance and Professor of the School of Accountancy and Department of Finance at CUHK Business School.

“I have never seen any corporate event that is more serious,” Prof Fan says of his 20 years in studying Asian companies. “This event is comparable to corporate bankruptcy.”

Professor Fan’s findings, which have led to a new book he co-authored with Morten Bennedsen of INSEAD: The Family Business Map: Assets and Roadblocks in Long Term Planning, came from sampling 217 Chinese-run publicly listed companies across Hong Kong, Singapore and Taiwan. He examined the share price of a family company from five years before the year that the founder steps down to three years after a successor takes over. Leading up to the handover, 56 percent of the company’s value was lost, with another 2.9 percent lost after the transfer of power.

The dissipation of wealth was the lowest with Singaporean companies, although they still lost 22 percent of their value. Taiwanese companies saw almost one-third (31 percent) of their value destroyed. Hong Kong companies are the most affected–they lost 126 percent of their value, meaning not only would “buy and hold” investors have lost all the money they invested in the company, but they would have contributed added funds during the nine-year transfer period and lost those as well.

The Enigma of the Decline

The reasons for the decline in the company’s value are still something of a puzzle, and something Prof. Fan continues to analyze, even after five years of work on the topic. But he has ruled out that the decline is caused by the incompetence of the successor since the decaying of the company in fact slowed down dramatically after the transfer of power.

“The value destruction started well before the successor took over,” Prof. Fan notes. “It can’t be that it’s solely the cause of the successor.”

His best theory is that much of the value in an Asian family business is intangible–investors look at who is running a company and what the owner’s values are, when determining whether or not to invest. That’s far more important than the fundamental analysis of revenues and earnings that would drive the investment decision in the West.

Asian families are much more hands-on with their businesses than their counterparts in the West, where the descendants of a founder typically eventually withdraw from working at the company. So it is the values of the founder and his family that explain the company’s success, according to Prof. Fan. The value also comes from their connections and reputation in society, including with the government and the financial sector.

“The value destruction started well before the successor took over. It can’t be that it’s solely the cause of the successor.” – Prof. Joseph Fan

Most prominent companies across Southeast Asia were started by ethnic Chinese businessmen, who often bring Confucian cultural beliefs such as hard work and respect of elders as well as traditional Chinese beliefs, such as ancestor worship, to their company.

“They are usually well-connected and respected in their local communities,” Prof. Fan says. “They can often leverage up this sense of identity so that they work hard to sustain themselves and their family.”

“Chinese business families should begin to plan their family and business future 20 years before the old generation retires,” Prof. Fan says, because it takes that long to transfer the intangibles. “You have to start when the child is born. Otherwise the dissipation is inevitable.”

That’s because it takes two decades or more to cultivate intangible assets such as values and relationships and convey them to the younger generation. In the West, century-old business families such as Wendel and Mulliez in France have succeeded at that thanks to robust family governance, often with roots in a particular religious background.

There had been scant research on Asian family businesses when Professor Fan began to study them 20 years ago. He specialized in corporate governance, leading to his interest in family businesses, which face issues over how to structure their boards fairly.