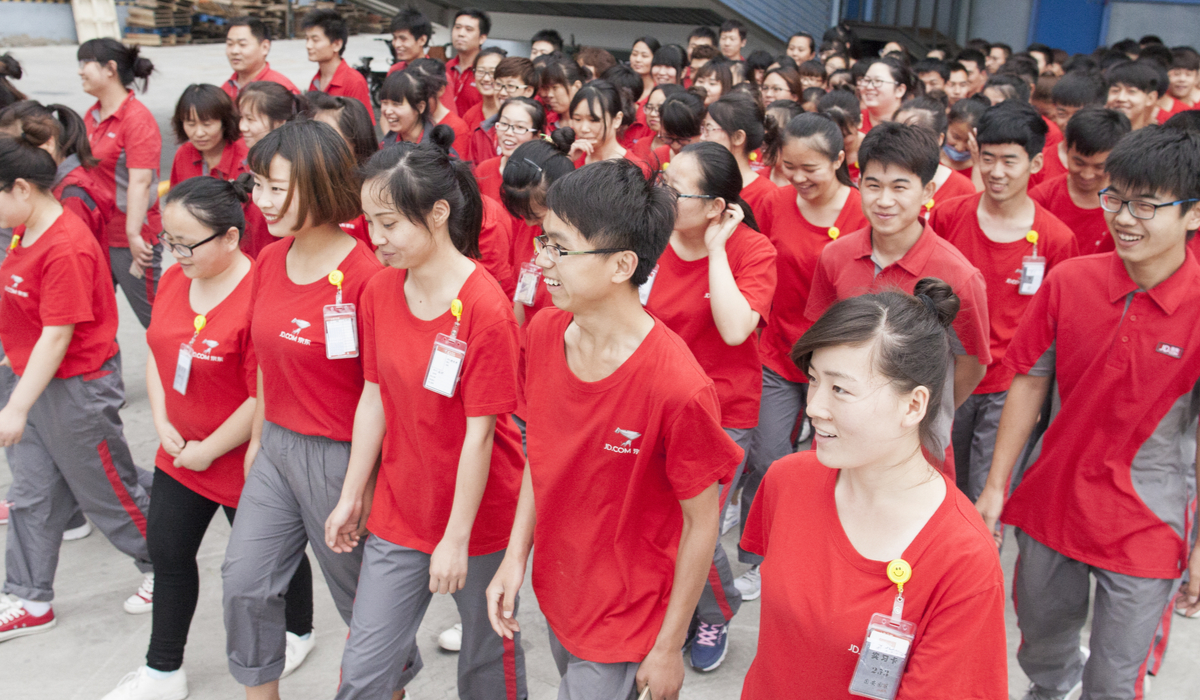 When it comes to employee satisfaction in these extraordinary times, Alibaba and other Chinese e-commerce players leave Amazon in their trail

The U.S. and other developed economies devastated by COVID-19 are struggling with historic job losses. But there is another labour woe that is just as worrying: Many workers in essential industries, fearful of the coronavirus, are walking off their jobs or threatening to do so to protest cramped conditions and shortage of protective gear. From warehouse workers, meat plant packers, supermarket cashiers, grocery shoppers to fast-food restaurant staff, employees are demanding adequate protection even as they struggle to cope with surging orders from millions of consumers now confined to their homes.

Since March, hundreds of thousands of workers of Amazon, Whole Foods (the Amazon-owned fresh good grocer), Instacart (a grocery shopping and delivery service), as well as McDonald’s, Burger King and other smaller retailers and food companies have staged strikes across the U.S. Even bus drivers, painters, carpenters and construction workers have organised walkouts. Amazon’s troubles have spread to France, where the e-commerce giant’s workers took it to court over inadequate workplace protection. After a court ruled in favour of the workers in mid-April, Amazon announced it would suspend its distribution operations in the country.

That employees, many of them gig workers, are protesting work conditions at the risk of losing their jobs shows how scared they are for their lives. For good reason. Workers in more than 60 Amazon warehouses and shipping facilities in the U.S. have tested positive for coronavirus. A bus driver and at least 15 grocery workers have died of the disease. In South Dakota, a huge pork processing factory has emerged as the largest infection cluster in the U.S. with more than 600 confirmed cases.

The worker backlash in the West stands in stark contrast to the situation in China, ground zero of the pandemic. In February, with much of the country in complete or partial lockdown as the outbreak raged, Alibaba’s fresh-produce retail network Freshippo launched a “Blue Ocean” worker-sharing platform that sought to recruit furloughed workers from other sectors. Before the week was over, Freshippo had hired over 1,800 workers who had been made temporarily redundant by restaurants, bars, movie theatres, shopping malls and hotels. The scheme was so popular that it was quickly expanded from Beijing, Shanghai and five other major cities to other parts of China. Alibaba rival JD.com quickly introduced its own hiring spree to fill positions at its 7Fresh supermarket chain. Within two weeks, Alibaba and JD.com were offering a combined 65,000 jobs across the country.

Why are workers in the U.S. (and to a lesser extent, other developed economies) recoiling from the frontline of key industries while those in China embrace it? Cultural, regulatory and operating environment differences aside, here are some likely reasons:

Lessons Learnt From History (Or Not)

The 2003-2004 SARS epidemic in China and many Asian countries left a collective, indelible mark on Chinese businesses and citizens. In addition, years of fierce competition among China’s e-commerce players have prepared them to respond to emergencies with speed and scale. For example, after Alibaba launched the first-of-its-kind “Blue Ocean” worker-sharing scheme, JD.com took just two days to come up with its own nationwide platform.

In the U.S., the H1N1 pandemic in 2009-2010 infected an estimated 60 million people and killed more than 12,000. While China took the lessons of SARS on board, the U.S. has gone down a different path – President Donald Trump’s administration fired the U.S. pandemic response team in 2018.

Days after the worst-hit city of Wuhan was locked down, China’s wealthiest businessmen unleashed an outpouring of donations, winning widespread plaudits and goodwill. Alibaba’s Jack Ma donated 110 million yuan, of which 10 million yuan was from his personal wealth, to Wuhan. Yu Donglai, CEO of Pang Dong Lai, a regional supermarket chain, donated over 50 million yuan to Wuhan and pledged to give at least 2 million yuan to employees who contract the virus at work.

As John Quincy Adams said, “If your actions inspire others to dream more, learn more, do more and become more, you are a leader.” In times of crisis, leaders who lead by example or personal sacrifice are likely to inspire loyalty from their employees.

However, acts of philanthropy are not sufficient in themselves to earn the trust of your employees. Amazon boss Jeff Bezos’s US$100 million donation to U.S. food banks was seen by some as a distraction from his workers’ backlash. This brings me to the next point.

It is important to treat your employees well. During China’s lockdown, Alibaba, JD.com, group purchase operator Pinduoduo and other e-commerce companies were clear about their immediate priorities: deliver medical supplies such as N95 masks to healthcare workers and provide critical protection such as disinfectant and face masks to their own employees.

The companies also put in place new safety procedures and measures, ensured there was sufficient equipment to support these new procedures, and monitored employees’ compliance. Only after making sure their employees’ health would be protected did the companies ramp up their operations to meet surging demand from customers.

Contrast this with the plight of frontline gig workers in the U.S. Many have complained of a lack of basic supplies including face masks and hand sanitiser or of not getting paid sick leave, forcing many to go to work even while ill.

Willingness to Listen to Frontline Workers and Customers

China’s lockdown meant that delivery couriers could no longer enter residential compounds. Pinduoduo sought feedback from its delivery staff and customers to come up with a solution: The company tweaked its app to help people living in the same gated compound pool individual orders into a group purchase. The consolidated order would then be delivered to the gate of the community, received by the community’s designated volunteers before being distributed to individual customers.

Priority Given to Job Creation and Protection

Job security and financial stability are likely to be among workers’ top concerns in a crisis. The impact on gig workers could be particularly profound. Alibaba and JD.com’s worker-sharing initiatives not only eased the companies’ own labour crunch, they also helped furloughed workers land paying gigs quickly. The initiatives were made possible by a novel scheme in which the e-commerce players worked together with businesses in other sectors to allow workers to keep their original jobs.

What China’s e-commerce players have done to recruit and retain gig workers during the COVID-19 outbreak could offer some useful lessons for their counterparts elsewhere. These actions could well have a lasting impact on both the short-term survival and long-term success of businesses.