Ever since the appearance of Airbnb in 2007, the rental of spare resources has mushroomed globally. The number of travellers renting unused flats or beds in their destinations through the Airbnb platform, for saving cost and mingling with the locals, is on the rise. When Airbnb founder Brian Chesky first described his business concept to his mother, she was stunned by the idea of opening their home to strangers. When his grandfather heard the idea, however, he replied calmly and said, “That’s how I used to travel when I was a boy.” The responses of the two generations depict the polarized consumption modes. The US entered into an era of mass production and consumerism after the end of the Second World War. Almost all the people constructed their identities and achieved middle-class status through consumption and goods ownership.

Sharing economy is all about replacing ‘ownership’ with ‘sharing’, according to Prof. Dominic Chan, honorary project director of CUHK Center for Entrepreneurship. He defines sharing economy as lending the unused resources or skills to others, enabled by the ubiquitous online sharing platforms.

“Electric drills aren’t daily household appliances. If the owners are willing to share the drills with their neighbours, the drills will be fully utilized in the neighbourhood and their overall consumption will be reduced. This is the spirit of sharing economy,” says Prof. Chan. The idle resources can be tangible items like household appliances, vacant rooms, clothes and vehicles, or something as intangible as knowledge and skills.

Sharing activities had existed in Hong Kong before its economic take-off. Stay-home moms would take care of the kids of working moms. People would watch the local TV programme ‘Enjoy Yourself Tonight’ in their neighbours’ home with a television set. As the city’s economy improved, people became used to purchasing their own appliances for a fashionable urban lifestyle, resulting in many usable but abandoned goods. Over-consumption also leads to the rapid depletion of natural resources. After the financial crisis of 2008, people began to see over-consumption for what it is, and sharing economy was given a new lease of life.

In 2011, sharing economy was listed by Time magazine as one of the 10 ideas that change the world. To promote green living and help students reflect on over-consumption, some CUHK students launched the campus’s first second-handed exchange platform CU Happy Corner in 2016. The only acceptable currency at the shop is ‘Time Credits’. Students can exchange their spare items for ‘Time Credits’, which can be exchanged for other items. This can facilitate circulation of resources in the CUHK community.

Sociology alumna Latvia Ng, one of the founding members of the student co-op, says, “The credit system can facilitate students’ continued participation and offer greater flexibility in the exchange process than traditional practice. Members can have more time to think about what they really need before deciding on what to exchange for. This will help to further minimize waste.”

Ruby Yip, another sociology alumna, loves to observe social phenomena. She notices that a lot of housewives give up their careers for the sake of family, while many working people do not have time to cook after work. She therefore set up the social enterprise Festyle in her undergraduate years, which hired housewives to buy fresh ingredients to prepare ready-to-cook cuisine packages for their clients. As a result, the housewives can utilize their spare time and improve their family income, while customers can prepare for a nutritious dinner after work.

“After customers fill out the online order form, the housewives will buy the ingredients in the wet market. The cuisine packages will be delivered to customers’ homes in the designated timeslots,” says Yip. The startup was officially launched in August this year. The team has invited the housewives to write nutritious recipes to motivate the local families to pursue healthy home cooking.

“Emerging industries should be supported, as long as they benefit consumers by lower cost, better service and improved life quality.” Prof. Dominic Chan

The founding of startups has never been easier with the technological advancements. A plethora of business models have evolved since then. Professor Chan considered the success of sharing economy to lie in the quality of online data integration.

“Compared to other asset-heavy business models, Airbnb and Uber own no property. They simply integrate the information available in the market for efficient resource online matching to stand out from their competitors,” he says. Nevertheless, the low entry threshold means many competitors will soon appear. After the success of the car-hailing platform GoGoVan, for instance, many competitors such as CALL4VAN emerged in the market. Professor Chan opined that the startups, once having obtained their market share, should improve their service quality to avoid customer loss. They can improve the platforms’ user experience, or purchase insurance for expensive and fragile items.

In the era of sharing economy, consumers can easily explore cheaper or more convenient products and services on the sharing platforms. The emerging business models usually disrupt traditional ones in the market. But companies can actually ride on the opportunities of sharing economy to enhance their brands by investing in or merging the sharing platforms for value-added services. In 2011, BMW invested in a parking startup, JustPark, to help drivers find parking faster by integrating the JustPark app with their vehicles’ GPS system.

Professor Chan remarked that emerging industries should be supported, as long as they benefit consumers by lower cost, better service and improved life quality. However, those business models violating the social mores, despite their market demand, should be reined in.

“Ashley Madison is a social platform for extra-marital affairs. Its global membership has reached 37 million. The platform’s considerable income indicates that there’s remarkable market demand, although many fake accounts have been discovered. But this service has obviously gone over the top,” he says.

This article was originally published in CUHK Newsletter by CUHK Information Services Offices. 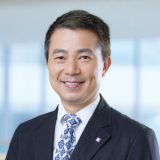 Associate Professor of Practice in Entrepreneurship