The Narratives of Managers in Capital Market 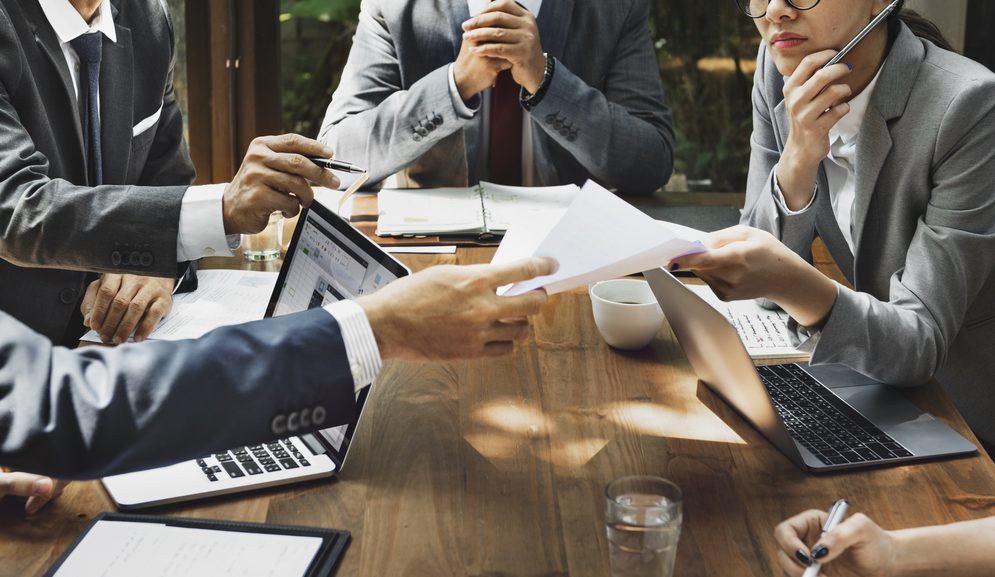 How cultural backgrounds affect the way managers communicate with investors

We were born into different ethnic groups and cultures. Culture potentially impacts how we behave and speak, even though not all of us would notice its effects in our daily lives. One cultural characteristic associated with ethnic groups – individualism versus collectivism, has been shown to correlate with individuals’ preferences for achievement and recognition, in contrast to harmony and cooperation with others.

Francois Brochet, Associate Professor of Accounting at Questrom School of Business in Boston University and three other scholars have conducted a research titled “Managers’ Cultural Background and Disclosure Attributes” on how such ethnic cultural characteristic influences the ways managers communicate in the capital market. In a December seminar held by the School of Accountancy at CUHK business school, Prof. Brochet examined a sample of earnings conference calls from 42 countries and found that managers from ethnic groups with a more individualistic culture used a more optimistic tone, exhibited greater self-reference, and made fewer apologies in their disclosure narratives.

As shown in the literature, people from an individualistic culture communicate and interact with others in a different way from those from a collectivist culture. The former have more self-attribution biases and they tend to “enhance or protect their self-esteem by taking credit for success and denying responsibility for failure”. However, self-referencing is less prevalent in a collectivist culture since emphasizing one’s superiority over his peers is viewed negatively in the particular culture. Moreover, studies also find people in individualistic culture, such as the United States, tend to believe that their abilities are above average.

To identify each manager’s ethnic group, Prof. Brochet and his colleagues used the ethnicity-name matching technique. “The technique classifies each name into nine distinct ethnic groups: Anglo-Saxon, Chinese, European, Hispanic, Indian, Japanese, Korean, Russian/Slavic and Vietnamese. After identifying the ethnic background of each executive, we assign an individualism score, which varies by each ethnic group based on data from Hofstede. We use that measure to examine the impact of culture on the conference call disclosure attributes.”

To capture the characteristics of managers’ narratives, manager’s words in each conference call were analyzed via a content analysis technique in three variables: tone, self-reference and apology.

“Our findings should prove useful to academic and practitioner audiences who wish to better understand cross-cultural patterns in corporate disclosures and their implications for the capital market.” – Prof. Francois Brochet

Managers from a more individualistic culture are found to use a more optimistic tone, exhibit greater self-reference, and make fewer apologies in their narratives, even after controlling for other determinants of country-, firm-, and manager-level characteristics.

Since some managers will also be exposed to different cultural environments if they work in a corporation located in a country outside their home country, Prof. Brochet and his colleagues further investigated whether the effects of individualism on manager’s disclosure would be long lasting, even for those managers who may acquire another culture in their careers. And the result showed that effects of inherited individualism became smaller for these cross-culture managers.

Moreover, the team looked into whether a culturally diverse management team of a firm would exhibit a greater within-firm variation in narratives. And the result shows that rather than being trained to speak in a more consistent way with their fellow managers in the same firm, managers remained unaffected by others’ narratives.

Understanding whether and how the listeners, the investors, respond to different narratives of managers from different culture backgrounds is important because information conveyed in these earnings conference calls ultimately affects investors’ decision making.

“If investors give more credence to the positive tone of managers from more collectivist ethnic groups, we would observe a stronger response to the tone of firms with more managers from a collectivist ethnic group,” he said. “However, our study results indicate that investors do not consider cultural differences in tone when reacting to the earnings conference calls,” he said.

Prior studies on corporate disclosure focus more on the impacts of economic incentives of managers or firms but seldom mention the impacts of the culture background of managers. Even though in daily life, we notice how people from different cultures communicate differently with others, scholars in accounting may have doubt on whether cultures affect corporate disclosure because corporate disclosure events, such as earnings conference calls, press releases and presenting financial statements in annual report are carefully designed by consulting public relation professionals. Thus in such formal events, managers are considered to be trained to speak in a professional way in order to maximize the welfare of the firm so that personal traits of managers may not show any effects. But this paper contracts our belief and shows that cultural backgrounds indeed impact how managers’ communicate with investors.

“Our findings should prove useful to academic and practitioner audiences who wish to better understand cross-cultural patterns in corporate disclosures and their implications for the capital market.” Prof. Brochet concluded.

Kitayama, S., Markus, H.R., Matsumoto, H., Norasakkunkit, V., 1997. Individual and Collective Processes in the Construction of the Self: Self-Enhancement in the United States and Self-Criticism in Japan. Journal of Personality and Social Psychology, 72, 1245–1267.

Zuckerman, M., 1979. Attribution of success and failure revisited, or: The motivational bias is alive and well in attribution theory. Journal of Personality 47, 245–287.