Have a Nice Holiday, if the Weather Permits! 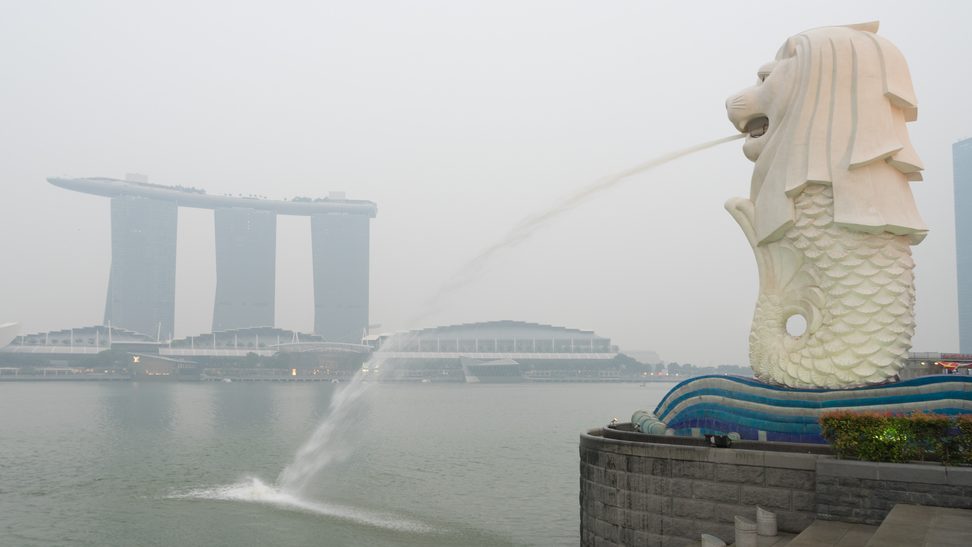 We all love to travel. Travelling is not only a great way to release our pressure in the daily life but also an opportunity to explore something new. When we think about a relaxed vacation, it is natural for us to imagine staying at a nice hotel in the perfect weather. However, when you finally get a holiday and arrive at your hotel, then you look out the window and see nothing but smog. How would you feel?

This has been the problems for many top vacation destinations in Asia, such as Singapore. Haze is a serious problem faced by the Singapore tourism industry. The country is affected by severe smoke haze from time to time, which is caused by open burning to clear land for agricultural uses. According to local media, the worst haze in 1997 costed Singapore SGD 300 million and another haze episode in 2013 led to a loss of SGD 50 million. The tourism sector, which accounts for four percent of Singapore’s total GDP, was among the hardest hit industries during the haze period.

To find out the impact of such environmental shock on the service sector, the recent study by Prof. Yang Yang from the School of Hotel and Tourism Management at The Chinese University of Hong Kong (CUHK) Business School reveals some interesting findings.

In collaboration with Prof. Sumit Agarwal from National University of Singapore and Prof. Long Wang from ShanghaiTech Univeristy, the study is the first to examine the impact of detrimental environmental shocks on productivity in the service sector.

“More interestingly, we found that the review scores continued to rise sharply in the second month after the haze episode, before starting to decline and finally reaching a plateau with a score a little higher than the original level,” she adds.

For the purpose of the study, the researchers collected customer reviews on all hotels in Singapore and Hong Kong between June 2012 and December 2016 from three popular hotel booking websites – TripAdvisor, Agoda and Expedia. The entire data contains 621,251 reviews from 413 hotels and 32 hostels in Singapore and 562,046 reviews from 533 hotels and 132 hostels in Hong Kong. Information such as review scores, the months when the guests stayed, types of travellers, and nature of travel are included in the data.

“We included Hong Kong as a control group because Hong Kong and Singapore share strong similarities in geographical, economic, and cultural aspects. However, unlike Singapore, Hong Kong is free of severe haze, with a relatively stable monthly Pollutant Standards Index (PSI) mean value lower than 50 during the sample period. This allows us to use a difference-in-difference approach to examine the responses of travellers and hoteliers during and after the haze episode,” Prof. Yang explains.

In order to determine how pollution affected service quality in the hotel industry, the researchers classified the aspects of the customer accommodation experience into two categories: improvable (e.g., cleanliness, service and value for money) and non-improvable (e.g., location and room). A lower score in the improvable category would suggest that the discount in service quality could be the reason for the guests’ dissatisfaction, whereas a lower score in the non-improvable category would suggest that the mood might give rise to the negative reviews.

“The online review scores showed that air pollution affected the consumption mood rather than the quality of hotel services,” says Prof. Yang. “As reflects by the decline of online scores, following a temporary reputation crisis due to pollution shock, hoteliers largely improved their operations and services to restore their online image and retain customers.”

When consumers voice out their discontent with the products or services online, a friendly feedback from the business itself would normally ease the situation. As the study reveals, hotel managers were more likely to respond to reviews with lower scores and the reviews for the stay during a haze period.

In addition, longer reviews seemed to attract managers’ attention more than shorter comments. Also, four-star hotels were more likely to respond to reviews and more concerned about the loss of reputation due to haze shocks.

Hoteliers largely improve their operations and services following a temporary reputation crisis caused by exogenous pollution events, with the effect being stronger in hotels whose managers closely monitor their online reviews,” she says.

To quantify the effects of pollution shocks, the researchers calculated the welfare gains and losses for travellers who stayed in Singapore during and after the haze crisis. According to the study, the guests should enjoy a benchmark subjective well-being of 7.77 – the average review scores of hotels in Singapore and Hong Kong during the benchmark period of June 2012 to November 2012, by paying SGD 246.5 million. The haze shock caused the score to drop by 6.13 percent in June 2013, equivalent to a loss of SGD 15.10 million (SGD 15.1 per night per person). Yet, the guests’ well-being rate surged 5.42% more than the benchmark after the haze shock, due to the post-crisis improvements in service levels.

“Our study showed that service quality (i.e., improvable categories) significantly enhanced after the haze shock, as compared with that of non-improvable categories. This implies that without a threat to its online reputation, hotels fail to optimize their productivity,” says Prof. Yang.

“We provided empirical evidence to show that detrimental environmental shocks could trigger positive outcomes by spurring hotels to improve service quality. In a way, it’s a blessing in disguise,” she says.