How Effective are Bike Sharing Programmes in Shortening the Morning Commute? 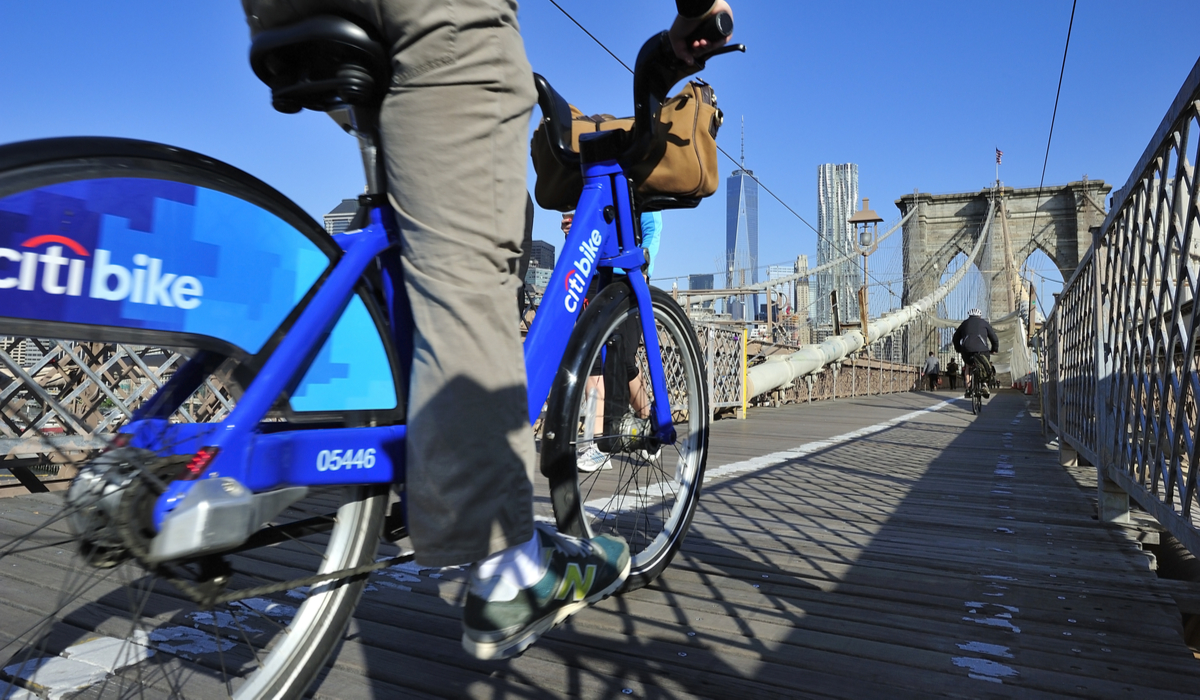 With workers around the world fast embracing bike sharing to cycle to and from work in an increasingly environmentally conscious world, a group of researchers has released a new study examining the effectiveness of this emerging form of commute.

The study, entitled Riding to Wall Street: determinants of commute time using Citi Bike, found that cycling commute time tends to be most affected by the time of day as well as demographics such as gender and age.

The research was conducted by a team which included Prof. Jaimie Lien, Assistant Professor in the Department of Decision Sciences and Managerial Economics at The Chinese University of Hong Kong Business School as well as Profs. Weixing Ford at Texas A&M University – San Antonio, Vladimir Mazalov at the Russian Academy of Sciences and Jie Zheng at Tsinghua University.

The study also found that shorter trips and those that occur later in the morning rush hour tend to be more efficient. Finally, weather had a smaller impact on cycling commute time than other factors.

It used data from the largest bike sharing programme in the United States, Citi Bike which was launched in 2013 and hosted just over 19.1 million rides between July 1 2018 to June 30 2019, representing an 11 percent increase, according to data released by the Office of the Mayor of the city of New York.

While previous studies have tended to focus on individuals’ motives for using cycling as a form of transportation, Prof. Lien and her collaborators chose to examine the feasibility and effectiveness of shared bike programmes.

The Rise and Fall of Bike-Sharing Platforms: A Lesson in E-Commerce

Citi Bike data was chosen for three reasons. First of all, those who cycle into the financial district in the morning of a workday are more likely to be typical commuters than tourists who are sightseeing. Secondly, people who work in the financial district are usually more time-sensitive due to real-time financial market activity. As a result, they may have a higher incentive to optimise their commuting strategy.

Finally, financial district workers often have to dress nicely, which might be a deterrent when choosing cycling to work. Therefore, the appeal of commuting to work must outweigh their needs of being presentable when they choose to cycle to work.

“For these reasons, financial district bicycle rides on Citi Bike are a potentially interesting subset of rides to study, which can be indicative on some levels, of the feasibility and effectiveness of shared bicycle programs more broadly,” says Prof. Lien.

The researchers utilized a full year of data from Citi Bike from July 2016 to June 2017. The dataset includes starting and ending station information, time information and basic demographic characteristics of the user. In order to narrow down the sample, they only focused on the rides that end at one of the 23 stations in the Wall Street area between the hours of 6 am and 10 am during weekdays.

It found that the same trip tends to take longer later in the morning. In addition, trips which finish in the few minutes before 9:30 am tend to take a significantly longer time, which the researchers think is indicative of traffic congestion leading up to market opening.

However, those making trips later in the morning are more likely to arrive at work early compared to the prediction of the researchers’ statistical model. The researchers theorised this was because this group of commuters were more concerned about arriving at work on time.

Another major factor in commute time is demographics, with younger riders getting to their destination faster than older riders do. Male riders were also faster than female riders by slightly over a minute in travel time. Furthermore, non-subscribers of Citi Bike were around 6 minutes slower in completing their journeys when compared with subscribers.

Other factors, such as the weather, have a small amount of effect on commute time, with lower morning temperatures translating to shorter commute times.

Another interesting finding is that riders making shorter distance trips are also more likely to arrive early for work. According to Prof. Lien, this may indicate the riders’ ability to maneuver and find faster routes for short distance commutes.

Commenting on the future research into this area, Prof. Lien says there are several directions one may consider, such as conducting a more behavioral approach and merging vehicular traffic data with the current bicycle system data.

“With only trip-level data available and no unique rider identifier available, our results are due to a combination of changes in commuter participation in Citi Bike for a particular morning, and actual impacts on the commute time for commuters who decided to use Citi Bike,” says Prof Lien. “One important direction for future work is to disentangle these two types of effects, possibly through additional data collection, survey methods or advanced simulation methods.”