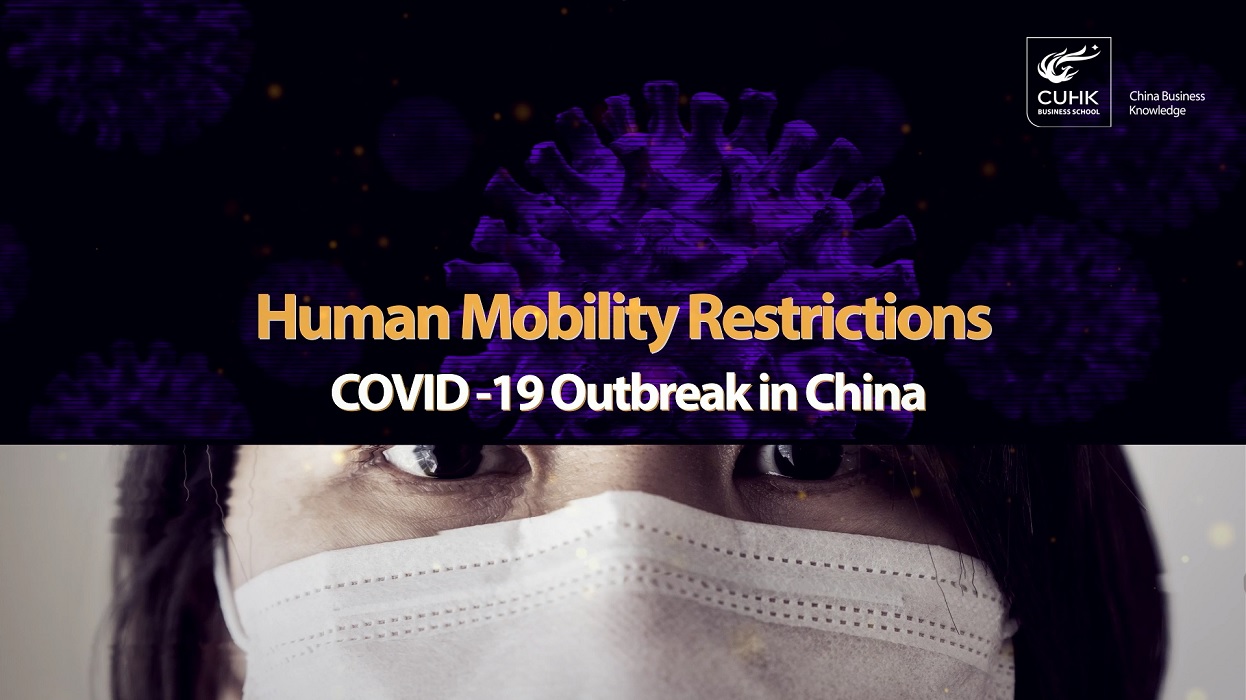 To combat the spread of COVID-19, the Chinese government imposed an unprecedented and controversial lockdown on Wuhan, a city of 11 million people, starting on the morning of January 23, and then in other Hubei cities several days later. Under the order issued by the government, all public transport, including buses, trains, flights and ferry services, were suspended. Residents of Wuhan were also not allowed to leave the city without permission.

This lockdown, which is only being relaxed two months on as the number of new infections in China has tailed off, is being emulated by a growing number of governments from the U.K, Italy and Spain to the Philippines as infections have spread across the globe, with over 360,000 people infected and over 16,000 dead.

A new study has further strengthened the case that COVID-19 cases in China would have been significantly higher had the government not enacted the historic lockdown on the city of Wuhan in the early days of the outbreak.

Conducted by Yang Yang, Assistant Professor at the School of Hotel and Tourism Management at The Chinese University of Hong Kong Business School in collaboration with Prof. Hanming Fang at the University of Pennsylvania and Prof. Long Wang of ShanghaiTech University, the study sought to quantify and isolate the effect of restricting travel on the spread of the virus.

It estimated COVID-19 infections would have been 64.8 percent higher in Chinese cities outside Hubei province, and 52.6 percent higher in the other cities within Hubei but outside the provincial capital and outbreak epicentre of Wuhan, if the government had not acted to shut the city.

The results of the latest study has lent further weight to previous findings that the lockdown significantly delayed the spread of the virus across China.

“We find that the lockdown of the city of Wuhan contributed significantly to reducing the total infection cases outside of Wuhan, even with the social distancing measures later imposed by other cities.” – Prof. Yang Yang

Entitled Human Mobility Restrictions and the Spread of the Novel Coronavirus (2019-nCov) in China, it examined data from Baidu Migration, a travel map offered by the Chinese search engine of the same name, which tracks the real-time location of every smart phone using the company’s mapping app.

These results were then correlated with COVID-19 infections figures released by the Chinese Center for Disease Control and Prevention, also known as China CDC.

“We find, using simulations with these estimates, that the lockdown of the city of Wuhan contributed significantly to reducing the total infection cases outside of Wuhan, even with the social distancing measures later imposed by other cities,” says Prof. Yang.

A World Without a Wuhan Quarantine

This model was also extrapolated to estimate the actual number of infection cases in Wuhan and elsewhere in Hubei.

If a lockdown had not been put in place, the 347 cities in China outside Hubei would have recorded a total of 20,810 cases as of the end of February, compared to the actual number of 12,626. Similarly, for 16 cities within Hubei but outside of Wuhan, cases would have reached 23,400 without the mandatory quarantine, instead of the actual 15,330.

It also found a persistent gap between the estimated number of infection cases with the actual numbers in Wuhan from the start of the outbreak. This gap widened over time, possibly as a result of the overwhelmed health care system and peaked on January 26, with the number of official cases constituting 80.03 percent of the estimated total, before tailing off to settle at around 11.3 percent.

“We are thus able to conclude that almost all infection cases in Wuhan were able to be treated over time as the stress on the health system was relieved,” says Prof. Yang, adding that the discrepancy may be explained because some of the infected may have recovered on their own or died without reporting their situation during the early stages.

If the mandatory quarantine had not been put in place, the simulation also predicted that new infections would still have peaked on their own – on February 2 in Hubei excluding Wuhan, 9 days after the real-world lock down took place, and on February 3 elsewhere in China. It also predicted that estimated new cases would gradually converge to the real-world reported daily cases by February 22.

Elsewhere in China, the study also looked at the effectiveness of less severe lockdowns implemented to different degrees in other cities, from establishing checkpoints in building entrances and quarantine zones, shutdowns on public transport as well as limits on the movement of people in and out as well as within cities.

“The results suggest that these enhanced social distancing policies in destination cities were effective in reducing the impact of population inflows from Wuhan and other source cities in Hubei. This in turn implies that population inflows from the epicentre contribute to the spread of infection only before the social distancing measures were applied.

“It appears that after implementing various control measures, cities adopting an extended lockdown can flatten the upward trajectory of the virus,” Prof. Yang adds, noting that the results of the study will have strong implications on other countries in their fight against COVID-19.