COVID-19 and the Future of Chinese Manufacturing 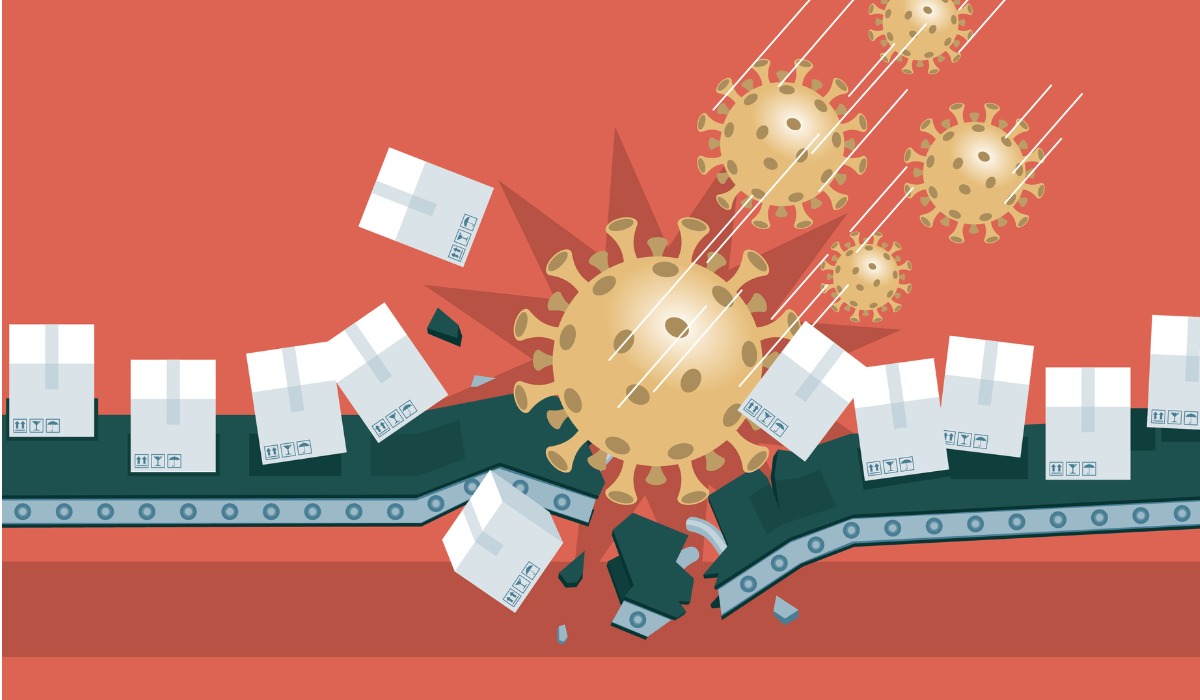 China is expected to maintain a prominent role in global supply chains despite the COVID-19 pandemic, which has renewed discussions about whether countries around the world have become too reliant on Chinese manufacturing, according to one of The Chinese University of Hong Kong’s (CUHK) leading researchers on global economic networks.

Jing Wu, Assistant Professor at CUHK Business School’s Department of Decision Sciences and Managerial Economics, acknowledges that the pandemic, which resulted in an extended shutdown of factories across China following Chinese New Year, may lead firms which operate global supply chains to diversify their manufacturing base in addition to China as part of a stronger focus on risk management.

For decades, China has provided the bulk of components to manufacturers around the world. But even after new infections tapered off within its borders, factories have been slow to resume their normal production capacity. This has been blamed on a number of challenges including a shortage of labour due to the slow recovery of transportation links post lockdown, as companies scramble to ensure adequate protection for the workers against infection, and a shortage of parts from upstream suppliers.

A recent survey of companies in the U.S. by the non-profit Institute for Supply Management reported 75 percent of respondents said their supply chain had been disrupted due to the coronavirus, with one in six, or 16 percent, having already revised their revenue guidance down by an average of 5.6 percent. There has also been media reports the the U.S. administration is accelerating an initiative to pull global supply chains out of China as it considers new tariffs in reaction to the Asian country’s handling of the coronavirus outbreak.

It also comes amid reports that Japan, one of China’s biggest trade partners, has earmarked US$2.2 billion of its record US$1 trillion stimulus package to help its manufacturers shift production out of the world’s second-largest economy.

Prof. Wu says it is not unexpected that, as a result of the pandemic, national governments may become more aware of the importance of supply chain security in national security concerns and strengthen themselves against their exposure to foreign manufacturing risks.

“It is no surprise that Japan, the U.S. and other countries would want to reconsider which products can be purchased from abroad and which products should be encouraged by policies to build local production capacity,” he says. “From a risk management perspective, it makes sense to produce essentials such as medical supplies close to the market, just-in-time when demand surges.”

He notes that Japanese culture in particular has traditionally focused on risk management. He expects some essential parts produced for the Japanese market to be brought home or to coastal areas in China which are closer to Japan. For the products that are sold to the overseas market, especially in China, their production is expected to remain in China.

Noting the increasingly political nature of the discussion on China’s role in global manufacturing, which in recent years gained steam with the election of U.S. President Donald Trump who has pledged to return manufacturing to the North American country and heightened by the pandemic, Prof. Wu notes that at the end of the day it is the firm which makes the supply chain decisions, rather than a government or a nation.

“Capital will always chase opportunities and avoid risks. Whether it is a man-made trade war or a natural pandemic, to a certain extent, international capital has seen the need to diversify China’s manufacturing risks,” he says, citing the results of a research paper he co-authored, entitled Not Coming Home: Trade and Economic Policy Uncertainty in American Supply Chain Networks.

“Companies may seek to diversify their manufacturing options while maintaining their main sourcing base in China,” Prof. Wu says, despite the fact that the country has been able to wrestle control of new coronavirus infections. “It cannot be ruled out that some companies will shy away from ‘putting all its eggs the same basket’ when evaluating the future configuration of their supply chains.”

“Companies may seek to diversify their manufacturing options while maintaining their main sourcing base in China.” – Prof. Jing Wu

“China’s advantage in manufacturing cannot be replaced in the short-term. At the same time, it is inevitable for China to upgrade its economy from polluting, export-led manufacturing economy towards a high-tech and service-driven one,” he says, adding that the share of low to mid-tier manufacturing would likely decrease slowly as a result of the further economic development and industry upgrades. That process may be expedited by the pandemic due to weaker foreign demand.

The effects of this would be offset by China’s ongoing industrial migration towards high-tech manufacturing, which is high-margin and tends to be less sensitive to labour costs and more likely to stay within the country once the industry is developed, he says.

To help it adapt to changing attitudes in global sourcing, China needs to change its strategic thinking on price advantage to continue its move up the value chain away from low-cost manufacturing reliant on cheap labour, understand the strategic considerations of foreign customers on supply chain resiliency and security under trade barriers, and strive to establish strong international brands.

At the same time, China should keep reforming-and-opening-up, including opening and entering potential new markets, he adds.

Given that the global supply chain shock has since spread around the world, a crucial question is whether the pandemic spells the beginning of the end for the current age of globalisation?

Prof. Wu notes that COVID-19 has disclosed disadvantages related to relying too much on sourcing, or off-shoring. It makes sense that more companies may try to produce their products locally, or closer to consumers.

On the other hand, while China continues to face the threat of tariffs and taxes in its as-yet concluded trade war with the U.S., he notes that the companies in the Asian economic behemoth may seek to accelerate the reconstruction of their global supply chain structure to effectively avoid trade barriers. In recent years, a growing number of Chinese companies have sought to widen its global manufacturing footprint, such as by directly building factories in destination markets such as the U.S., or ship components and assemble the final products in other countries. “A more global layout can enhance the flexibility of the supply chain, thereby reducing the negative effects of sudden risks,” he says.

In the new era of Globalisation 2.0, China should keep transforming from export trade to overseas investment, encouraging its firms to acquire or open foreign subsidiaries, produce local and participate in overseas market competition, he adds.