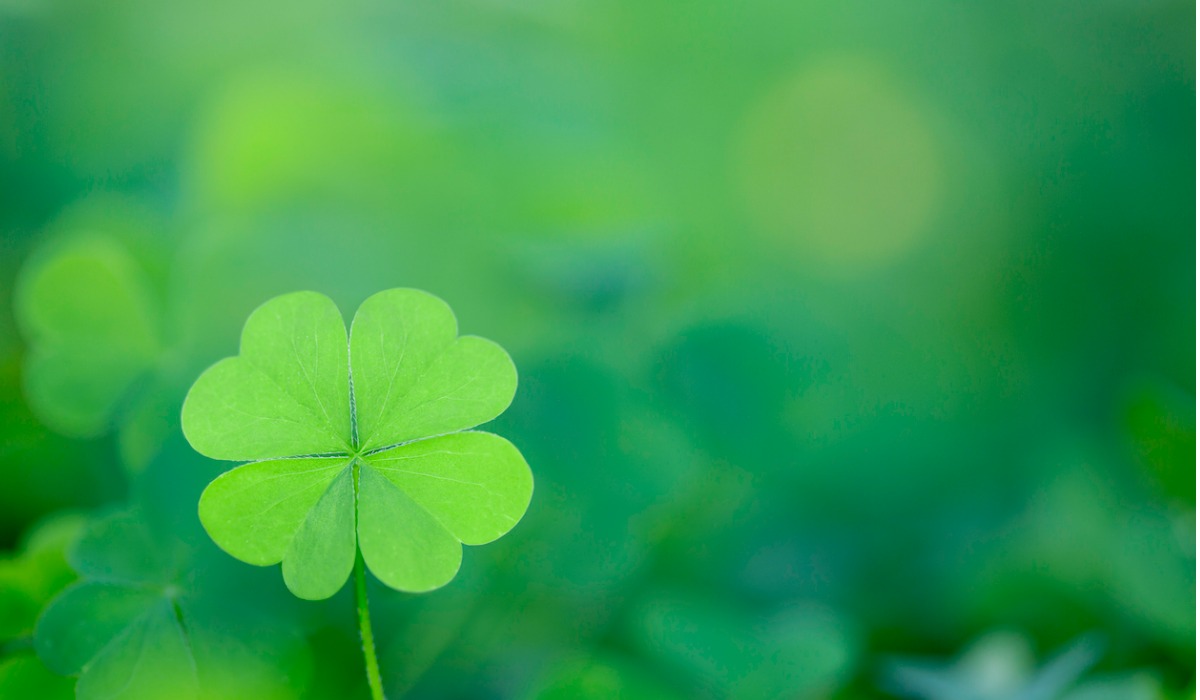 CUHK research looks at transactions on a peer-to-peer lending platform and finds that loan applications with round-number amounts are less likely to get funded and have worse repayment performance after being funded, relative to those that have lucky-number amounts

Lucky numbers hold a special power in China, where it’s believed they bring fortune and good health. Many Chinese people tend to make it a priority to choose an auspicious number for important items that they use in their daily lives, from vehicle license plates to telephone numbers, or by picking a special date for important life events. It is also not uncommon for businesses to advertise the sale of products with prices which include especially auspicious numbers such as eight (which symbolises wealth) and six (which is associated with harmony and smooth progress) to attract like-minded customers.

In psychology, lucky numbers are a form of mental heuristic, which are shortcuts or rules of thumb that help people solve problems and learn new concepts quickly and efficiently. These mental shortcuts make problem-solving or decision-making simpler by helping the brain to ignore some information. There are both benefits and drawbacks to using heuristics. A recent study looks at the use of two popular heuristics that were commonly used on a leading Chinese peer-to-peer (P2P) lending platform, and finds the choice of their use can lead to tangible differences in the loan application outcome, such as whether a loan is likely to get funded or their likelihood of default.

The study Numerological Heuristics and Credit Risk in P2P Lending was jointly conducted by Maggie Hu, Assistant Professor of Real Estate and Finance at The Chinese University of Hong Kong (CUHK) Business School, Prof. Li Xiaoyang at Jinan University, PhD candidate Shi Yang at The University of Melbourne and Prof. Michael Zhang at Tsinghua University. It focuses on how the use of either round numbers (where borrowers would round up the sum for their loan application to the leftmost digit, such as 1,000 Chinese yuan) or lucky numbers can affect the loan outcome.

P2P lending refers to the practice of individuals borrowing money directly from other individuals, without the need of financial intermediation such as banks. China’s P2P industry was once a booming market, valued at over 2.8 billion yuan back at its peak in 2017. However, the industry was plagued by high default rates and alleged Ponzi schemes. In 2019, the Chinese government ordered all P2P lenders in the country to exit the industry and become small loan providers. By the end of 2020, P2P lending had been completely wiped from the Chinese financial landscape.

How to Reduce Risk in Peer-To-Peer Lending

“Although P2P lending is on the decline worldwide, it still gives us an ideal backdrop for our research on whether the use of mental heuristics can affect credit transactions. That’s because people who use P2P lending platforms usually have limited investing experience with P2P loans and therefore, they are more likely to use mental shortcuts. Secondly, there’s also detailed information that provides us the exact funding amount, time, and repayment performance for each loan, which allows us to better understand how the choice of heuristics affects decision making,” Prof. Hu says.

The researchers analysed more than 600,000 loan applications from Renrendai, a once leading Chinese P2P lending platform. The platform works on the crowdfunding model by first allowing registered borrowers to post a listing for a loan with a specific amount. Potential lenders can then browse the different applications and submit “bids” in multiples of 50 yuan for loans they would like to fund, with each bid representing a commitment to provide the capital if (and only if) the listing achieves a fully-funded status. In all, the study accessed around 5.95 million bidding records on the platform.

Delving into the platform’s transaction data, the researchers found that the two types of heuristics being studied were used in 71.39 percent of loan requests. Specifically, 64.85 percent of borrowers put up loan applications in round amounts, while 9.45 percent took the lucky-number heuristic approach. Interestingly, the use of the two heuristics led to opposite outcomes for borrowers. According to the study, borrowers who rounded their loan amounts were less likely to get funded and more likely to become delinquent after being funded. On average, round-number loans had considerably lower funding success rates than those that did not employ either heuristic by 6.83 percentage points. Round-number loans also needed significantly more time to be fully funded. In addition, these loans were 2.79 percent more likely to be delinquent than non-round-number and non-lucky-number loans.

In comparison, the funding success rate of lucky-number loans was higher by 12.21 percentage points, and they took less time to be fully funded. The delinquency rate for lucky-number loans was also 6.45 percent lower than for non-lucky and non-round-number loans. “As a mental shortcut, round numbers seem to be able to help people to make quicker and easier decisions, but the downside is that these decisions tend to be less accurate, and that’s reflected in the lower quality loan data. In using round numbers, a borrower is in fact choosing convenience over accuracy. This may suggest to the lenders that the borrower could end up borrowing more than they need or are able to repay,” says Prof. Hu. 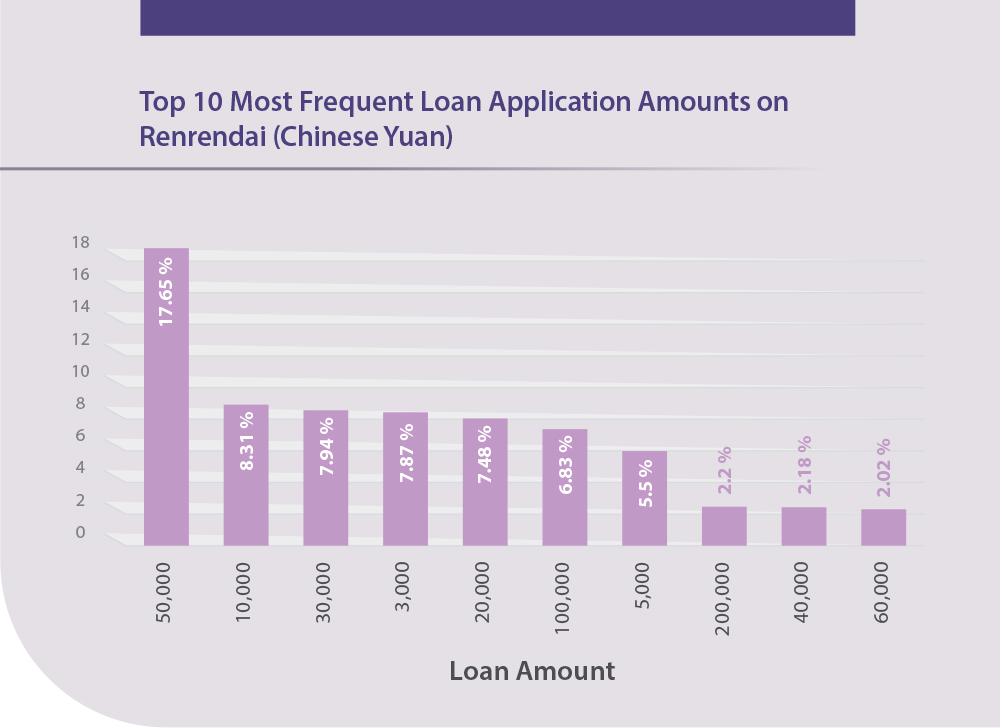 “On the other hand, what we may also be seeing is that those who use lucky numbers as their P2P loan targets may not be driven at all by mental shortcuts. Instead, it’s highly likely that it’s a strategic decision made by the borrowers to cater to superstitious investors in order to improve their funding success rate,” she explains. “Lucky numbers are frequently used in financial markets. To outsiders, it is often brushed off as superstitious belief, but the important thing is that investors are willing to pay a premium for their use,” says Prof. Hu. “We think that this extends to the P2P context, and that’s why loans with lucky-number amounts are favoured by sophisticated lenders who subscribe to similar beliefs, and they subsequently achieve better funding success.”

So what type of borrowers are more likely to use round numbers or lucky numbers in their P2P loan applications? The researchers found the choice reflects both the borrower’s credit quality and cognitive traits. In general, borrowers with better credit quality and higher cognitive capacity tend to apply for amounts with lucky numbers. On the other hand, borrowers who use round-number heuristics when applying for loans usually had poorer credit grades and lower credit scores. They were also more likely to come from lower educational backgrounds, earn a lower income, and were also less likely to own a home or a car. In addition, round-number loans generally had a shorter maturity date, and the interest rates for these loans were 1.13 percentage points higher than non-round-number loans.

However, borrowers who took the lucky-number approach generally had higher credit grades and credit scores. They also tended to be better educated, earned a higher income and owned more assets. Separately, lucky-number loans were usually cheaper in terms of the interest rates charged and had longer repayment tenures. Specifically, a one-notch increase in a borrower’s credit grade translated into a 42.4 percent lower likelihood of them using the round-number heuristic in specifying the amount to be raised and a 15.0 percent higher likelihood of them using the lucky-number heuristic.

“It is highly valuable for us to uncover the information behind the choice of heuristics, specifically how an individual’s background can affect their use. That’s because in many settings, we are only able to observe the heuristics choice but we have no idea what drove them into making those choices. It is because of this that we believe our findings may have wide applications in real life,” Prof. Hu says.

Although the study mainly investigates borrowers’ behaviours on P2P lending platforms, Prof. Hu and her co-authors emphasise that the research findings could be applied to other contexts, such as crowd funding, credit rating, job interviews or even mobile phone application user profiling. The researchers add that their findings could potentially help platforms to improve credit ratings and pricing algorithms by incorporating information from users’ choice of heuristics. They note that platforms could predict the quality of users by observing their choice of heuristics.