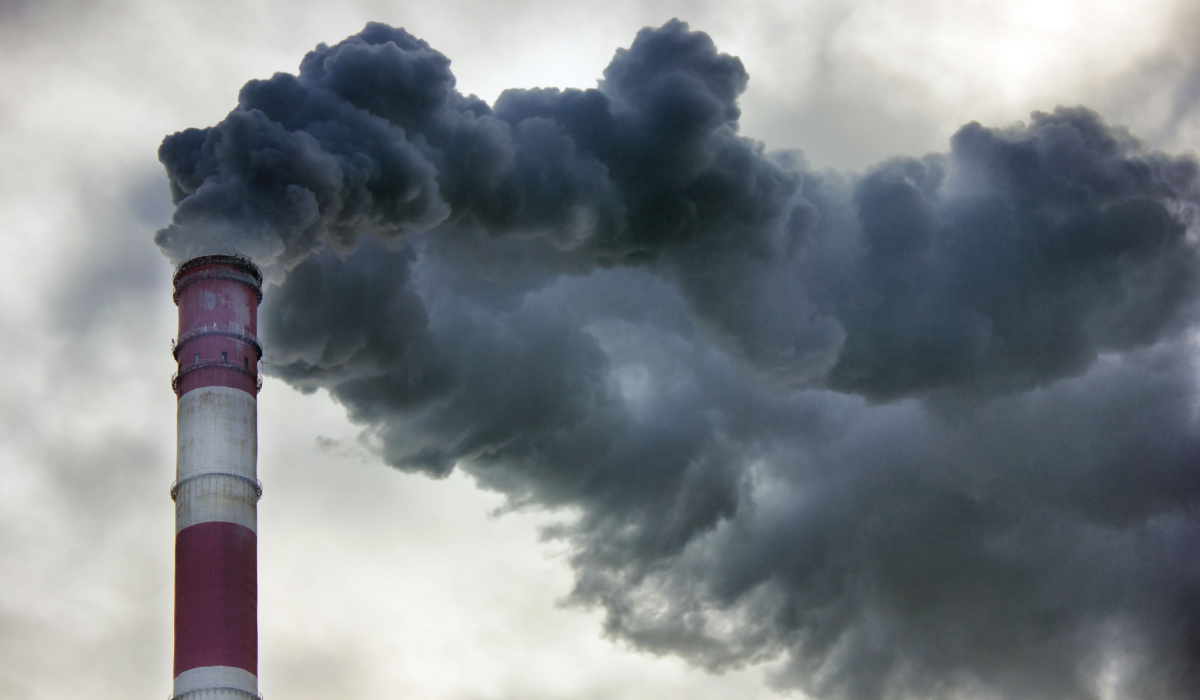 China has made remarkable achievements in economic development in recent decades. However, to many of the country’s residents, this has come with a heavy environmental price. Come winter, and the country’s major cities are routinely engulfed in heavy smog that not only lingers for days, but poses a serious health threat to its residents.

Air pollution also remains a serious threat to the health and well-being of people around the world. In its latest report on global air quality, the World Health Organisation (WHO) found that almost the entire global population (99 percent) breathes air that contains high levels of pollutants, exposing themselves to heightened risk of strokes, heart diseases, lung cancer, and not to mention acute and chronic respiratory diseases. The organization estimates that outdoor and household air pollution combined causes 7 million premature deaths each year.

Given the harmful effects of air pollution on health, a group of researchers, including at The Chinese University of Hong Kong (CUHK) sought to better understand how this could affect individuals in making decisions that improve their well-being. This was the thinking behind the research paper titled A reminder in the air: Attention to pollution and the purchase of critical illness insurance, which looked at how air pollution in China affected the purchase of supplemental health insurance products, which are used to provide additional coverage for individuals beyond their most basic health insurance.

“We wanted to find out what prompted individuals to make supplemental health insurance purchases, because these insurance policies are important risk-reducing products that households can use to improve their overall well-being,” says Jaimie Lien, Assistant Professor at the Department of Decision Sciences and Managerial Economics at CUHK Business School, and one of the authors of the study. “We wanted to better understand whether such decisions are made by individuals in suitable circumstances, and to verify that people are not purchasing insurance when it is not actually needed, nor failing to purchase these products when it is in fact needed.”

The results of the study; which was conducted in collaboration with Prof. Gao Feng, Prof. Wang Jun, and Prof. Zheng Jie at Tsinghua University, and Dr. Wang Qian at Beijing Technology and Business University; suggest that households are not necessarily “over-purchasing” supplemental health insurance products, but are instead reminded about their true need for such products due to the media coverage of short-term high pollution levels.

Previous research conducted in a small number of major Chinese cities indicated that daily air pollution levels are positively correlated with the purchase of supplemental health insurance. In their latest study, Prof. Lien and her co-authors analysed the purchase of supplemental medical insurance, as well as a subcategory of insurance products covering serious illnesses, in nearly 260 Chinese cities which experienced fluctuating levels of air pollution levels between 2012 and 2016.

In going about their study, the researchers also decided to broaden their research to cover all households across China, instead of just those in large cities, in order to assemble a more representative picture of how pollution in the country affects the purchase of insurance products. Firstly, they obtained a dataset containing information, such as the policy’s premium amount, the length of coverage, claims, as well as demographic information, on nearly 2 million insurance policies. They then compared this information to air pollution levels across the country obtained from government agencies such as the China National Environmental Monitoring Center and the China Meteorological Data Network.

After analyzing their data, the researchers found support that rising air pollution in a given localised area is indeed linked to purchases of supplemental health insurance, in line with previous research. However, the study found no evidence of an overall increase in the purchase of critical illness insurance, specifically. “Our analysis suggests that, at least for critical illness insurance, while the timing of purchases can be affected by recent local pollution levels, it doesn’t lead to an overall volume of policies being purchased,” she says, adding instead that rising air pollution tends to hasten this purchasing behavior for individuals who would have made the purchase eventually anyway.

The researchers then turned their attention to explaining the link between air pollution levels and insurance purchasing behavior. Previous studies have attributed this link to a phenomenon known as “projection bias”. As an example of this, Prof. Lien says a person who witnesses heavy air pollution during a given period may come to the (incorrect) assumption that these conditions are likely to persist and affect them throughout a good portion of their life, and this would drive the purchase of supplemental health insurance. In this latest study, the researchers conducted a survey with over 1,000 respondents, and found no evidence that the residents of a given region base their future expectations of what air pollution would be like on current levels of air pollution, indicating that projection bias is unlikely to be the driver behind the relationship between air pollution and the purchase of insurance products.

Alternatively, Prof. Lien and her collaborators found robust evidence that general public attention and concern over the harmful effects of air pollution could actually be driving insurance purchases. To do this, the researchers examined the level of internet searches related to air pollution conditions on Baidu, China’s main search engine, as well as media reports. They found that both of these measures were strongly responsive to local recent air pollution measures. However, they found that it is media coverage of the harmful effects of air pollution that best explain households’ purchase timing of insurance products that cover critical illnesses.

The Unexpected Influence on Talent from Air Pollution

Prof. Lien notes that since the results of the study show that individuals are highly sensitive to news media reporting when making decisions on insurance purchases, this highlights the importance of accurate and informative media reporting on health issues. “In making their insurance purchase decisions, people can be highly sensitive to reports in the news media, not to mention the wealth of information now available on the internet. Our research highlights the social benefits and importance of informative reporting on environmental issues, including on air pollution, which can in turn serve to remind individuals to make financial decisions that help address risks they think they may face later in life,” she adds.

A reminder in the air: Attention to pollution and the purchase of critical illness insurance