The Unexpected Influence on Talent from Air Pollution 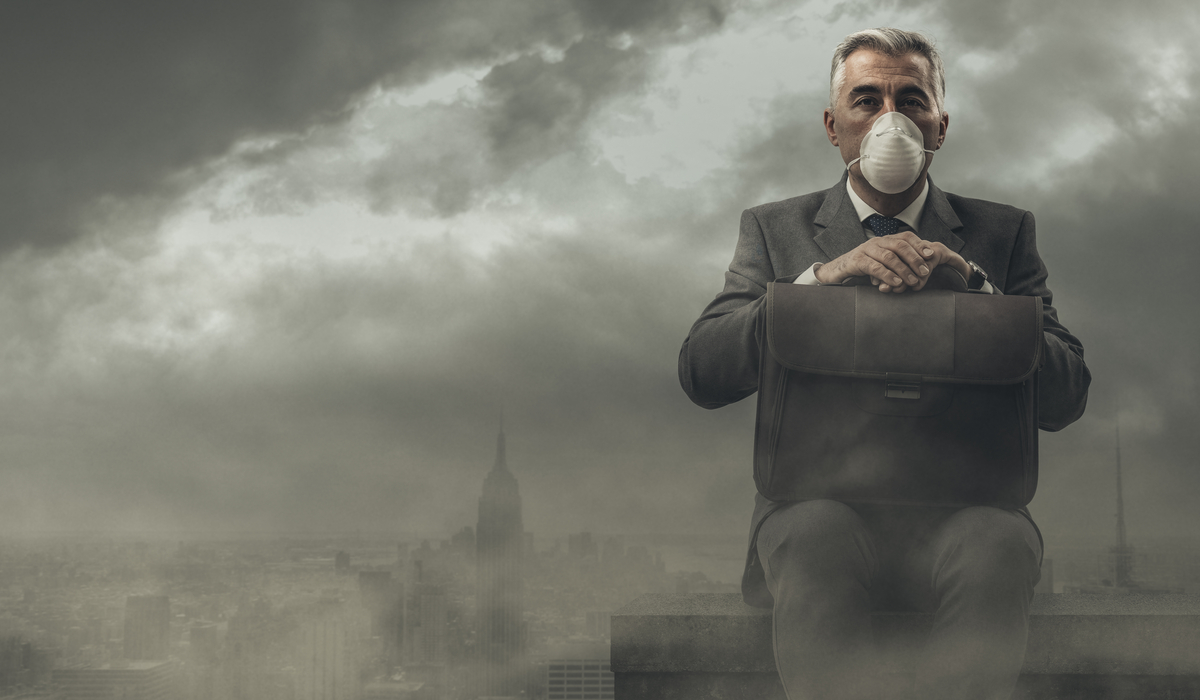 CUHK research shows air pollution in China is driving educated and skilled company executives to move away from highly polluted areas, hampering the performance of firms located there

Air pollution poses a serious threat to human health and takes a heavy toll on the economy. According to global environmental protection network Greenpeace, the global economic costs of air pollution were estimated at US$2.9 trillion in 2018, or around 3.3 percent of global GDP. Being the world’s most populous country and the largest consumer of coal, China is bearing the world’s highest cost of air pollution, which is estimated at US$900 billion a year. In recent years, China has rolled out various nationwide campaigns to combat air pollution. A recent research study has found that air pollution may lead to the outflow of talented executives from companies located in areas with poor air quality to those located in areas with good air quality.

The research Brain Drain: The Impact of Air Pollution on Firm Performance was jointly written by Zhang Bohui, Executive Associate Dean of the School of Management and Economics, and Presidential Chair Professor of Finance at The Chinese University of Hong Kong, Shenzhen; Dr. Xue Shuyu at the Southwestern University of Finance and Economics and Prof. Zhao Xiaofeng at Lingnan University.

“When health is an issue, there’s only so much you can do to lure people with pay.” – Prof. Zhang Bohui

It was less than a decade ago that Beijing, the country’s capital, was at the mercy of the infamous “airpocalypse”, a dense and suffocating smog that blanketed much of the city that sent many citizens to seek hospital care. Since then, the country has declared its war on pollution, setting new standards and targets for air pollution levels, revising its Environmental Protection Law to increase penalties for polluters and implementing a countrywide real-time air quality monitoring programme. As the study points out, a poor air quality environment would affect the accumulation of corporate human capital and eventually hamper a company’s performance.

“It is logical for people to choose to live in areas where they can actually breathe, especially for those who can afford to move,” says Prof. Zhang. “In our study, we found that as well-educated people become more aware of air pollution, they would make use of their higher incomes and job opportunities to move to places with better air quality.”

The researchers first looked at the number of searches people made on Chinese search engine Baidu regarding where they want to work. They found that when the air quality becomes particularly bad in one region, the people in that region would display stronger interest in working in places with less pollution.

For instance, the researchers compared people’s interest in working in Beijing and Shenzhen, which are two big cities that provide similar levels of job opportunities but with the latter offering significantly better air quality. They found that when air pollution worsens in a given region, the interest among people in that region to work in Shenzhen increased by 12 percent while that for Beijing dropped by 6 percent.

After analysing employee composition data of publicly listed companies on both the Shanghai and Shenzhen stock exchanges, the researchers discovered that the likelihood of companies located in more polluted areas having non-local (people who were not from that region but chose to move there to work) and highly-educated top executives went down by 5.9 percent and 5.6 percent, respectively, after the implementation of an air quality monitoring programme, which is an efficient system to disclose air quality information to the public in real time. This programme had no direct impact on air quality, but significantly increased public access to information and awareness. In addition, the percentage of highly educated and talented employees in these companies also declined by 4.2 percent and 6.8 percent, respectively.

“Not only are these firms losing their talent to rivals located in areas with cleaner air, but they also seem to be having a hugely difficult time poaching high quality people whose jobs allow them to live in places with lower levels of air pollution no matter how much money they offer,” Prof. Zhang says. “When health is an issue, there’s only so much you can do to lure people with pay.”

Although the overall air quality of China is poor, some Chinese cities have slightly cleaner air than the rest. For example, cities in southern China, such as Shenzhen, Shanghai and Hangzhou have better air quality than northern Chinese cities, such as Beijing, Tianjin and Zhengzhou.

One reason for the air quality disparity between northern and southern China is the country’s central heating policy. China established a central heating policy to provide free heating to cities since the 1950s. Due to budget concerns, only northern cities are entitled to free heating because these areas have unbearable cold winters. The system relies on coal burning, which is the most polluting fossil fuel.

Another reason why some cities have poorer air quality than others is due to thermal inversions, a meteorological event that traps air pollutants and increases their concentration in the air. For example, Beijing, due to its geographical location, is highly susceptible to thermal inversions.

According to the study, companies located in cities on the northern side of the heating policy boundary have greater difficulty retaining talented executives and employees than their counterparts on the southern side. The researchers also looked at the impact of thermal inversions on Chinese cities, and found that companies with greater exposure to air pollution induced by thermal inversions are less likely to retain or attract non-local executives or top quality employees.

“Through no fault of their own, companies in more polluted places tend to suffer from brain drain. They tend to lose talent which consequently hurts their company performance,” says Prof. Zhang.

According to the study, companies’ productivity and market value have recorded significant declines after the implementation of the air quality monitoring programme. In terms of numbers, an ordinary company located in a highly polluted region would experience a 19 percent decline in productivity and 7.8 percent drop in market value.

The declines are even more severe in companies that rely heavily on human capital. Particularly, firms in innovative industries were the worst hit, as their fortunes depend heavily on the ability of their workforce to generate creative ideas.

While air pollution sounds harmless to human, the researchers point out it can have an impact on the economy in many forms such as higher rates of asthma, diabetes or chronic respiratory diseases leading to reduced ability to work and lower participation rates in the labor force. The study shows one of the economic consequences of a polluted environment and demonstrated the actual cost of air pollution. Concerned with the adverse health and environmental consequences from severe air pollution, the government of China has implemented a series of mitigation actions.

They note that China’s latest five-year development plan targeting the green development of its carbon-intensive industrial sector is a step in the right direction to tackle climate change. The plan released by the Ministry of Industry and Information Technology seeks to lower carbon intensity and pollutants and promote emerging green industries. China, the world’s largest greenhouse gas emitter and coal consumer, aims to peak carbon emissions by 2030 and become carbon neutral by 2060. Plans have been laid out by many energy-intensive industries, including steel, chemicals, building materials, and non-ferrous metals, to achieve these goals.

“Over the past five years, China has made significant achievements in environmental development and emphasized ‘green hills and clear waters’ as ‘golden and silver mountains.’ ” Prof. Zhang says. “We expect these efforts to attract more talent into this country and promote sustainable economic growth in the future.

Brain Drain: The Impact of Air Pollution on Firm Performance