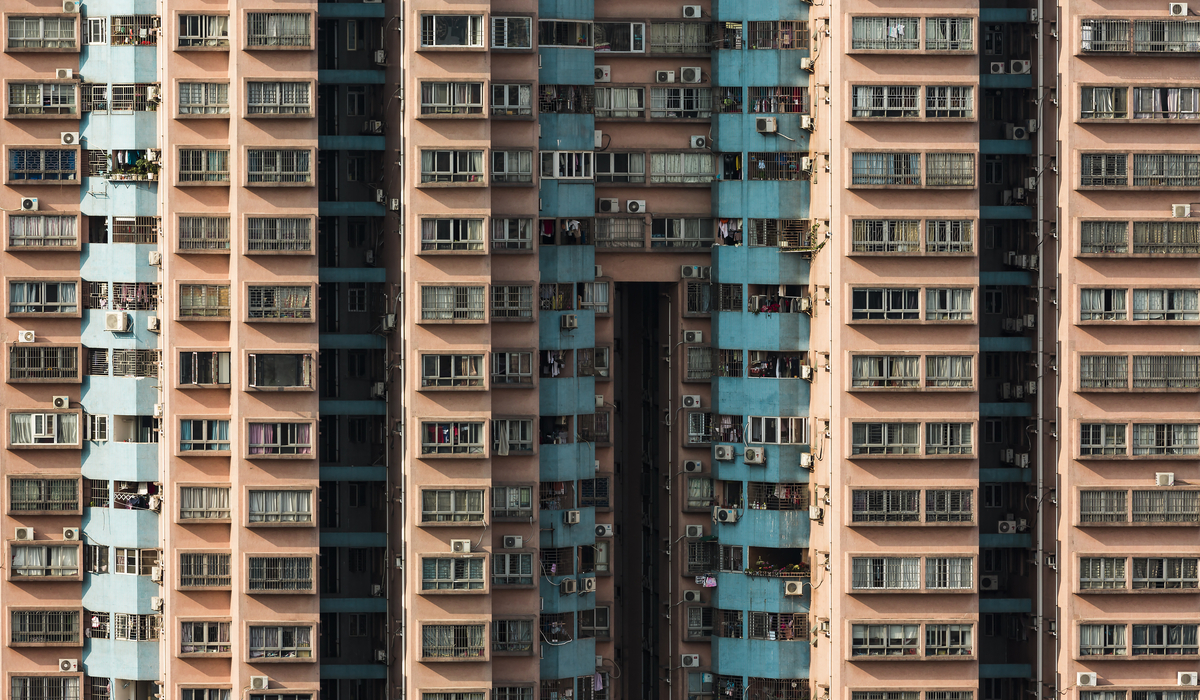 Real estate is a key driver of the Chinese economy, and a popular choice of investment among the country’s consumers. The huge demand for real estate has contributed to a consistent rise in property prices in China in recent years. The latest National Bureau of Statistics data shows that new home prices in first tier cities increased 3.8 percent year on year in December, while they increased 7.3 percent and 6.7 percent year on year in second and third tier cities, respectively. The Chinese government has announced a variety of measures to make homes more affordable for ordinary Chinese citizens. However, a recent research study by The Chinese University of Hong Kong (CUHK) Business School shows some of these measures may not be that effective.

The study, entitled Using purchase restrictions to cool housing markets: A within-market analysis, was conducted by Prof. Yang Yang, Assistant Professor of Real Estate at CUHK Business School, in collaboration with Prof. Tsur Somerville of Sauder School of Business at the University of British Columbia and Prof. Long Wang of the School of Entrepreneurship and Management at ShanghaiTech University. It found that restricting the total number of properties that a buyer may purchase had a substantial and immediate effect on transaction volume but no statistically significant impact on residential property prices.

According to a Mckinsey report, the average household in China is more likely to concentrate their assets in real estate than elsewhere in the world. For example, 62 percent of average household assets there are in real estate, whereas households in Japan and the United States only allocate 38 percent and 28 percent of their assets in real estate, respectively. In order to curb speculation and to contain property prices, the State Council issued two directives, the Ten National Rule and the Eight National Rules in 2010 and 2011, respectively.

The two directives include changes to the Housing Provident Fund underwriting to lower the maximum loan to value ratio for purchases of residential property greater than 90 square metres and the increase of minimum down payments on loans from commercial banks as well as raising the minimum interest rates for mortgages. The number of properties an individual could purchase was also restricted. However, the State Council did not release a universal implementation timeline and specifications, which means it was up to the local governments to customize these policies and implement them according to local economic conditions.

The latest study sought to measure the effectiveness of restrictions on the number of properties a buyer may purchase in calming housing markets, lower asset bubble risk, and improve affordability. Unlike macro-prudential measures relating to mortgage interest rates, underwriting criteria, or access to credit, such quantity measures were not imposed on all significant cities and applied to all buyer types. Purchase restrictions were instead enacted with variation: some cities did not introduce restrictions at all, while others implemented restrictions that varied by district within the city, says Prof. Yang.

“For instance, Guangzhou allowed those with hukou, or household registration, to purchase an additional unit, but forbad any purchases by non-residents; Shanghai allowed both to purchase just one additional unit; and many other cities limited residents to two units and non-residents to one. In addition, not all cities imposed purchase restrictions, and of those that did so, some did not impose them uniformly throughout all the districts in the municipality or county,” Prof. Yang explains, adding that the team had selected four cities that imposed restrictions on some districts but not on others for their analysis.

The four cities were Chengdu, Guangzhou, Hefei, and Qingdao. Guangzhou is a first tier city whereas the others are second tier cities. All four cities have at least two districts without quantity restrictions on resident and non-resident buyers. The purchase restrictions were introduced on different dates in the four cities: Guangzhou introduced policies on October 15, 2010; Qingdao on January 31, 2011; Chengdu on February 15, 2011; and Hefei on March 31, 2011.

The researchers gathered their data from the Chinese Real Estate Index System (CREIS), which records housing transaction data in China from information published by the central, provincial and local governments for new units sold by developers to end buyers. The team analysed 2014 projects in the four selected cities. According to Prof. Yang, such within city variation rather than comparing restricted and non-restricted cities could give them a clearer picture of the effectiveness of the policies as both restricted and non-restricted districts of a city share the same general housing and labour markets and the same local economy.

“The stated objective of the restrictive policies was to tame high and accelerating house prices and calm markets. We find little evidence that the purchase restrictions resulted in price declines, though market activity clearly declined,” says Prof. Yang, adding that while other researchers find price declines of up to 16 percent in cities with restrictions compared to those without, they found no differential change in prices across districts.

How House Prices are Influenced by Street Names

Prof. Yang says there are a number of possible behavioural explanations for such results. For instance, while buyers were affected by the restrictions, the developers did not drop prices, suggesting they might expect the policies to be temporary so that they could sell the properties at more profitable prices after the restriction period.

A separate analysis also found that local governments did not reduce the supply of land in districts where property purchase restrictions were introduced. Land prices, the number of parcels auctioned, and the buildable potential all were unchanged when comparing districts with restrictions and those without.

“This pattern is consistent with developers who see the government policies as temporary, to be reversed after some period. As a result, with no drop in the offered land in restricted areas compared to unrestricted areas, there were no differential changes in bids. Such a response is also consistent with prices of completed units remaining unchanged in the face of less buyer demand.”

“If developers expect the restrictions to be loosened at some point in the not so distant future and their holding costs are low, then they would have little incentive to reduce prices rather than wait until demand recovers once restrictions are lifted,” Prof. Yang explains. “Alternatively, the response is consistent with loss aversion. Whatever the explanation for the behaviour, this research reflects other studies on macro-prudential policies finding that although policies to restrict demand when housing markets are hot have strong dampening effects on market volumes, their ability to reverse problems of high house prices and address affordability are limited in the short to medium run.”