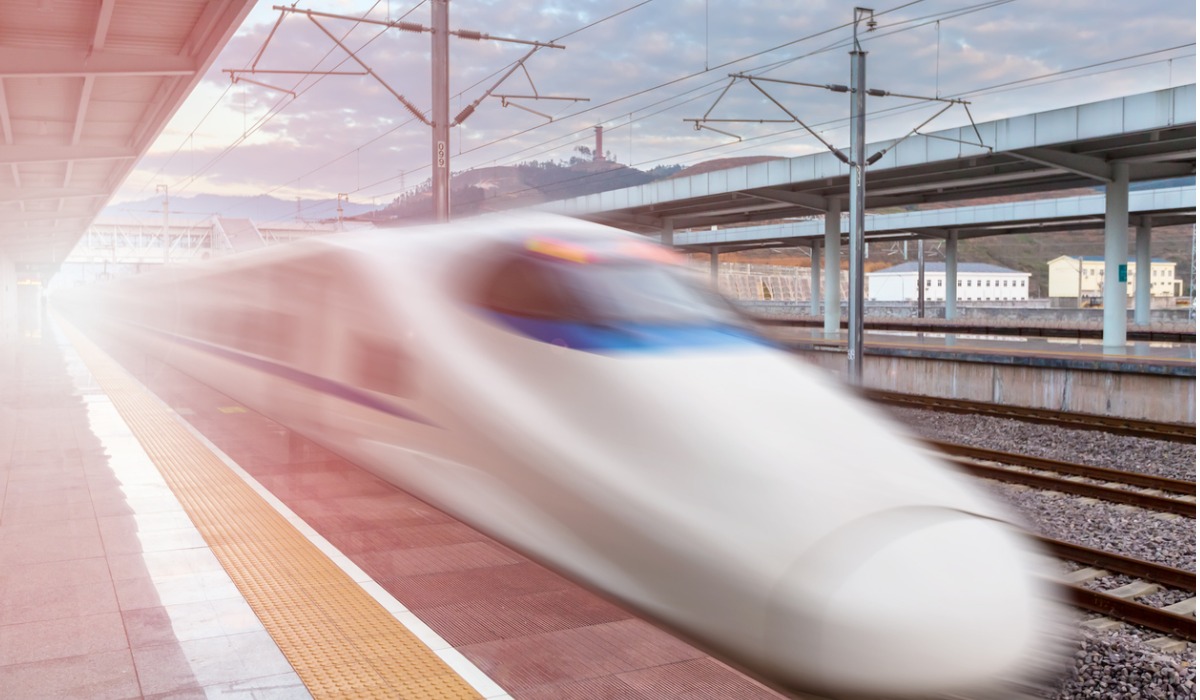 Trains are making a comeback. After losing ground for decades to the far sexier and faster travel by plane, people are increasingly making a return to good old fashion rail as a viable mode of getting around (at least for short to medium distance trips), thanks in part to rising concerns over the impact of air travel on global carbon emissions as well as the coming online of more and more high speed rail which has made travel by train faster and more comfortable.

And nowhere has this boom been more apparent than in China, which in the space of just over a decade has built the longest high speed rail network in the world, stretching nearly 38,000 kilometres and accounting for two-thirds of all high speed rail track in the world. This boom has also been mirrored in air travel, with the sector in China transporting a record 660 million passengers in 2019 before the pandemic hit.

The fast pace of growth in these rival sectors in China provided a group of researchers with the ideal conditions to study how this second coming of the golden age of rail has affected airlines. The study, titled Competition and Quality: Evidence from High-Speed Railways and Airlines, found that the rise in high speed rail led to a significant improvement in airline services, mainly in the form of reduction in flight delays.

“While it’s true that both flight volumes as well as airline choice has grown dramatically in recent years as China’s aviation market has opened up, it’s also no secret to anyone who’s been through an airport in the country that serious flight delays are a chronic problem,” says Yang Yang, Assistant Professor at the School of Hotel and Tourism Management at The Chinese University of Hong Kong Business School and one of the study’s co-authors.

“Airlines can see that if their market is about to be encroached by high speed rail that they should focus on getting their passengers off the ground as quickly as possible.” – Prof. Yang Yang

“This has made high speed rail a really attractive way for people to get around between cities, and it was an opportunity for us to study how competition between the two modes of transportation affected airline service quality.”

The research, which was carried out in collaboration with Prof. Fang Hanming at the University of Pennsylvania and Prof. Wang Long at ShanghaiTech University, looked at close to 900,000 non-stop domestic flights from Beijing by 41 airlines to 113 destinations between 2009 and 2012. To measure service quality, the researchers focused on flight delays in arrivals and departures, as well as travel time.

They compared the length of delays for flights to 11 cities that are also served by the Beijing Shanghai High Speed Rail, a 1,318-kilometre long track, to flights that that were not served by the line. The study found that the entry of this high speed track in 2011 led to a reduction of an average of 2.54 minutes in delays in flight arrivals. It also found that the launch of high speed rail services led to a 2.5 percentage point-reduction in arrival delays of 15 minutes or more.

These results were stronger for airlines did not operate on the hub model (such as budget carriers that fly point-to-point) and which have less market power, as well as flights on short and medium distance routes.

The Need for (High) Speed

Whereas high speed rail has operated in different parts of the world for decades, (Japan’s Shinkansen, the world’s first high speed rail system, began in 1964, whereas France’s TGV launched in 1981) China only really got into the game well after the turn of the millennium. While planning reached back as early as the 1990s’, it was not until 2008 that the country launched its first high speed passenger-only service between Beijing and Tianjin, comprising of a 117-kilometre line. The boom that followed saw tens of thousands of kilometres of high speed track laid in the following decade in a network that now covers nearly every single province and region.

Going back to the latest study, the researchers then sought to find out whether the reduction in flight delays following the launch of a directly competing high speed rail service was due to direct efforts by an airline company to improve the quality of its service, or whether there was some other external variable at play.

“There’s only so many ways an airline can reduce travel times,” says Prof. Yang, adding that for example it was difficult to reduce flight times without sacrificing safety or buying a completely different model of aircraft.

The researchers found that the coming online of high speed rail led to a reduction in delays in flight departures of an average 5.28 minutes, leading them to suggest that the entry of competing high speed rail services drove airlines to directly speed up checking-in and boarding processes, as well as by improve training for crew.

“Everyone knows it’s hell to sit on the tarmac waiting for a plane to take off,” says Prof. Yang. “Airlines can see that if their market is about to be encroached by high speed rail that they should focus on getting their passengers off the ground as quickly as possible.”

The study also found a 1.39-minute reduction in average runway taxiing times at the destination airport, although the researchers noted was something that airlines are unlikely to be able to control.

By looking at flights on specific dates and times, Prof. Yang and her collaborators also eliminated a slew of alternative explanations for the improved timeliness by airlines, from reduced air passenger and airport congestion as a result of increased transportation volumes, to restructuring in flight schedules.

Using the estimates of the time saved, the researchers roughly calculated that the launch of competing high speed rail services would have conservatively saved passengers an aggregate of just under 2,100 Chinese yuan per flight.

When this number was applied to the outbound Beijing destinations that were also served by the Beijing-Shanghai line, it means that the introduction of just this one line would have translated to total passenger savings of 15.72 billion yuan, assuming that that airline travellers flying out of Beijing purchased a round-trip ticket and a discount rate of 5 percent, and that comes even without taking into account reductions in airfare as a result of increased competition.

“We live in an age where the price of a train ticket is still cheaper than flying, but the time cost of travelling by train is fast dropping,“ adds Prof. Yang. “The findings speaks volumes about the disruptive competition that high speed rail represents to air travel.”

Competition and Quality: Evidence from High-Speed Railways and Airlines