Should We Trust Online Reviews? 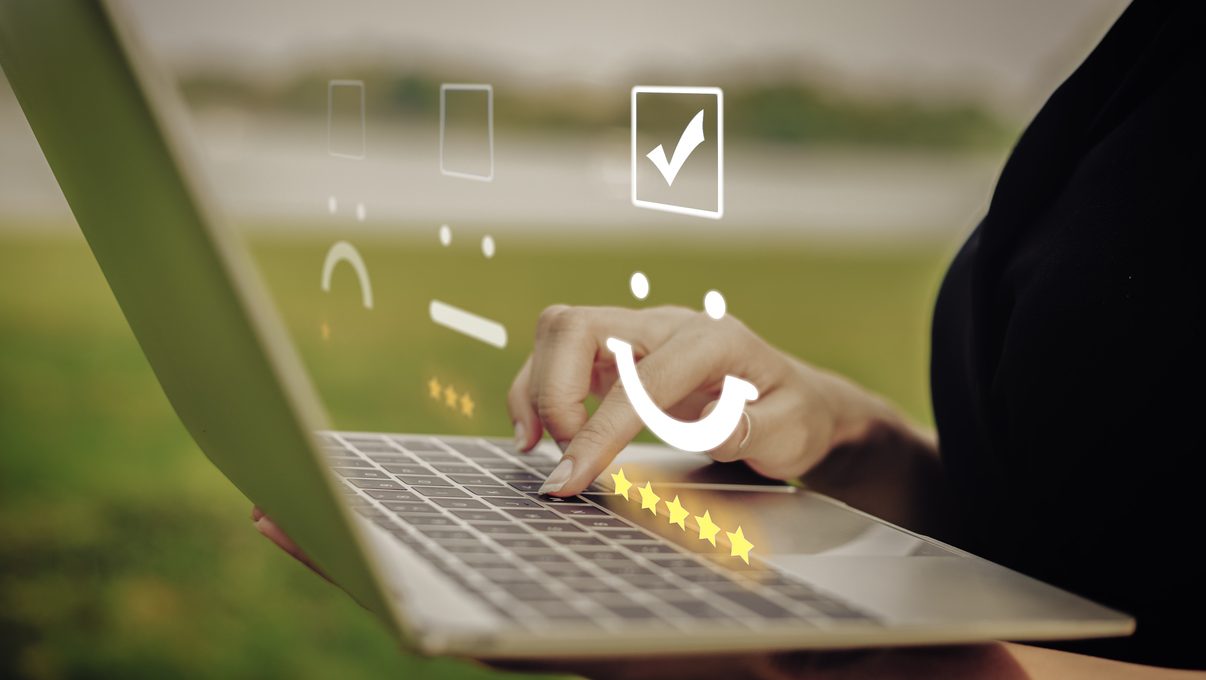 We live in a social world where we are constantly sharing our opinions and exposed to other people’s opinions. Some of these opinions are useful especially when we are thinking about buying a new product or service. In fact, previous report stated that more than 80 per cent of consumers are likely to research online before making purchase.  In other words, online reviews of products and services can have a real effect on potential consumers.

We would like to think that online reviews are unbiased and neutral so that we can rely on them. However, a recent research study by Prof. Michael Zhang from the Department of Decision Sciences and Managerial Economics and Associate Dean (Innovation and Impact) at The Chinese University of Hong Kong (CUHK) Business School reveals that those online reviews could be influenced by our friends.

“Our paper examines friends’ social influence in online ratings using data from a large social network in China. And we find that online rating contributors are socially nudged by their friends when giving their ratings,” says Prof. Zhang.

“One challenge in this setting is that we cannot directly observe individuals’ original ratings, so how can we determine if individuals modified their ratings after observing their friends’ ratings? We are able to identify this effect with a clever research design,” he explains.

For the purpose of the study, Prof. Zhang and his collaborators from Peking University and University of Maryland obtained data from one of the most influential online rating websites for books, movies and music in China. The site has more than 8 million registered users and over 10 million page views per day.

In February 2008, the site introduced a friend network function enabling users to send friend requests and get updates about their friend’s ratings. The main analysis of the study focused on the observations of book ratings from February to August 2008, which amounted to a data set of 171,588 ratings by 33,605 users.

“Salient information about friends’ ratings is a critical condition for social influence to take place. On one hand, the salience of a friend’s rating-information feed enables a user to be aware of his friends’ expressed opinions. On the other, users are also aware that their friends will be able to access their expressed opinions easily,” says Prof. Zhang.

“As for marketing practitioners, it is important to identify early adopters and take their social influence into consideration when making plans to respond to online consumer ratings and reviews.” – Prof. Michael Zhang

However, giving out similar ratings on the same product could mean that their friends share similar tastes with them – which is commonly known as the homophily effect. The researchers think it is important to distinguish whether similar ratings by friends are caused by the homophily effect or social influence since the two effects would lead to very different strategic implications for marketing managers.

“If homophily is the dominating force behind the similarity in ratings given by friends, then managers should not be concerned about the high correlation between friends’ ratings,” says Prof. Zhang.

“If, however, it is social influence that induces later reviewers to give ratings conditional on their friends’ earlier ratings, then the rating-score trajectory will be path dependent, and whoever leaves the first rating will influence his friends’ future ratings.”

To separate social influence from the homophily effect, the researchers examined the similarity in ratings before and after users become friends. The before ratings are used as a benchmark to show whether the users share similar tastes.

“Our results show that users’ earlier ratings do exert social influence on their friends’ later ratings; and the rating similarity increases by 190 per cent after the establishment of friendship,” he says.

The Science of Online Group Buying

The study finds that more recent friendship has higher influence on social ratings. In addition to the explanation that new friends usually receive more attention than old friends, the result reveals that the social influence in online product reviews weakens over time.

It also shows introducing a friend has no significant impact on social rating similarity and that the social influence only takes place after the users became friends. In other words, one does not conform to another’s opinion by wanting to become friends with the other person.

“The increase in rating similarity takes place only with friends’ ratings, even when we introduce public ratings into the model. This result supports our finding that the identified social influence is indeed due to conformity pressure among friends,” Prof. Zhang explains.

“We also find that friends’ influence is more salient for older books. Yet, there is no significant relationship between rating intensity and social influence. This suggests that, rather than following the mainstream, users conform to their friends in an attempt to develop and manage relationships within their online community.”

Moreover, users with larger number of friends experience weaker social influence, given the challenge of attending to everyone in a big network of friends.

Other findings indicate that users usually read their friends’ ratings after they finished reading the books themselves, meaning the effect is more significant in the post-consumption stage. In addition, such social influence is stronger for extremely negative ratings, yet there is no evidence to show such influence works with extremely positive ratings.

“Systems designers can use our results to nudge their users. For example, ratings sites can make use of algorithms to recommend reviews not subject to the influence of social ties, highlight the reviews from users who do not have prior friends’ ratings, or even use a warning sign to tell users that some reviews might be influenced by friends’ ratings,” he says.

“As for marketing practitioners, it is important to identify early adopters and take their social influence into consideration when making plans to respond to online consumer ratings and reviews,” he adds.

“Our study shows that although social-networking features might help attract users and improve stickiness, social nudge as a result of interactions among friends may prevent users from giving independent evaluations of products,” Prof. Zhang warns.