The Interplay of Competition and Cooperation in the Workplace 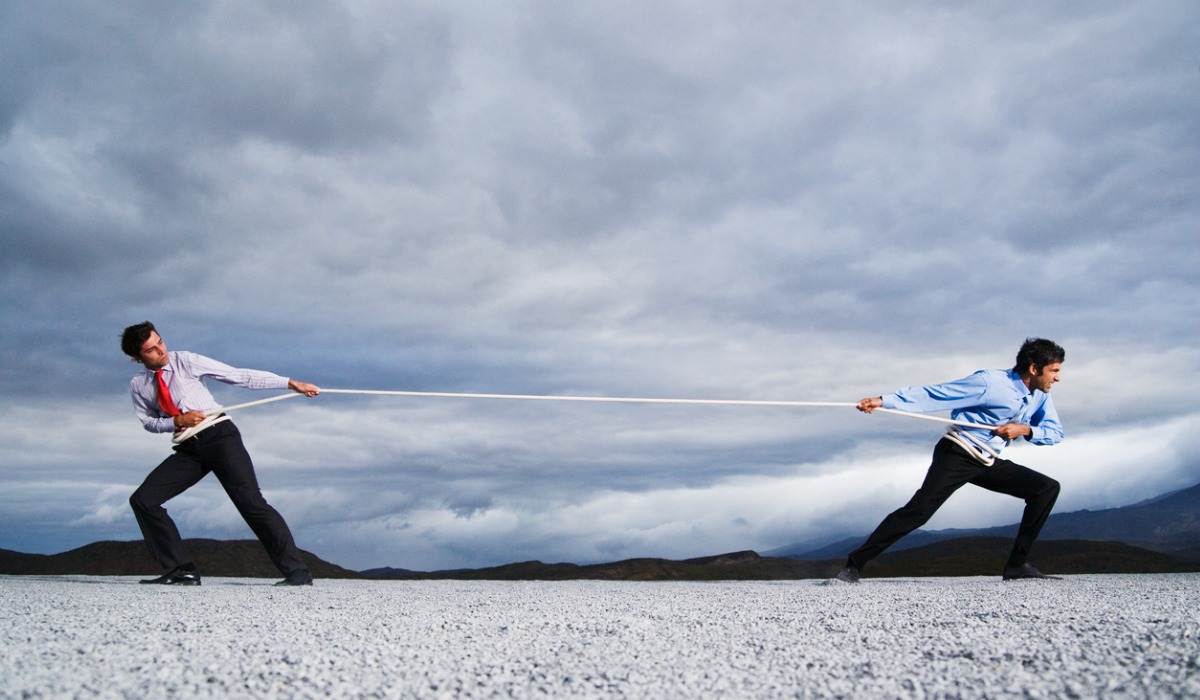 China is a country where cut-throat competition in the workplace dominates the public consciousness. The country’s strong economic growth in recent decades has been buoyed by the concurrent rise of a winner-take-all, big-fish-eat-small-fish competitive workplace culture that has been blamed for worker deaths, notably in its booming tech sector. Inspired by this rise in highly competitive work ethics in modern China, a group of researchers choose to examine the effectiveness of competition as a motivational tool, especially as it relates to how well people who are driven to compete with each other are also able to cooperate in achieving organisational goals. Their results suggest that the more competitive people become, the less likely that they are willing to cooperate with others.

The study The Cooperative Consequences of Contests was co-written by Jaimie Lien, Assistant Professor of Business Economics in the Department of Decision Sciences and Managerial Economics at The Chinese University of Hong Kong (CUHK) Business School, Prof. Jie Zheng at Tsinghua University and PhD student Yilin Zhuo at the University of California, Los Angeles.

“An overemphasis on competition can affect people’s social interactions in the long run, such as having less trust towards strangers and less willingness to contribute to public goods.” – Prof. Jaimie Lien

“What partially motivates our study is that highly competitive scenarios are very common in China, and also in Asia more broadly. For example, the insanely difficult university entrance exam – Gaokao and the notoriously long work schedule from 9am to 9 pm, 6 days per week,” says Prof. Lien, referring to the phenomenon known as “996 culture”. “Chinese people are forced to work harder and harder to compete for the same limited resources,” she adds.

Neijuan (roughly translates to involution – an anthropological term that can be understood as the opposite of evolution) is the buzzword trending in mainland China. This concept generally refers to the competitive circumstances in academic or workplace settings in China where students and workers are pressured to overwork due to the raised standards caused by their even more hardworking peers. A popular Chinese blogger describes neijuan as an “internal bottomless vicious cycle of competition”, cited an article on What’s On Weibo.

Interestingly, Prof. Lien and her co-authors found evidence in their study that is parallel to the concept of neijuan. The researchers placed their study participants in “social dilemma” games, which test how people behave when they are faced with choices that either promote individual profit or the interests of a group, with different reward schemes. In between the social dilemma games, participants had to engage in competition with one another over real rewards. They found that participants did their best to outdo others even when rewards were structured in a way that allow them to be shared among the group.

The Impact of Different Reward Schemes

The researchers recruited over 100 participants from Tsinghua University. The participants paired up randomly to take part in social dilemma games, before and after engaging in different forms of competitive reward schemes for a laborious task.

Importantly, the researchers tested whether different reward schemes would induce more or less competition among the participants. Apart from the baseline setup in which participants were paid a fixed reward for each task completed, they introduced three other reward systems. The first system was a pure winner-takes-all scenario, in which the participant who completed more tasks than their partner received the entire reward, while the other participant got nothing.

The second reward setting is called the “Tullock contest”, in which the winner is randomly picked. The participant who completed more tasks would have a higher chance of getting picked as the winner, although the win is not guaranteed. To put it another way, the best performer has the best chance to win the whole reward, but the scheme is still winner-takes-all.

The third reward scenario is known as the “proportional prize contest”, in which each participant is rewarded according to the level of effort they put into the task, as compared to their partner. Unlike the other two all-or-nothing mechanisms, sharing the prize fairly is possible in this setting, if both participants perform at similar levels. Surprisingly, this seemingly fairer arrangement led to less cooperation among participants in the social dilemma contexts. According to the results, the participants’ tendency to cooperate fell the most in the classic Prisoner’s Dilemma game, which tests individual interest against joint effort toward the common good, under this reward scheme, from 58 percent to 19 percent.

“This result is quite surprising and somewhat counterintuitive in that people actually reacted in a more competitive manner when faced with a relatively less competitive payment scheme. When they were presented with the opportunity to split the prize fairly, they did not seem to take it well once cooperative opportunities later arose. The results seem to suggest that people were more accepting of winner-takes-all situations that we originally thought.”

The Downside of Ambition

Prof. Lien explains that when the reward scheme was based on each participant’s effort relative to their partner’s, it is theoretically possible for the prize to be shared evenly, but participants may not necessarily realise that this is possible. Instead, the participants became more selfish under this framework because they believe that they can win a larger share of the prize by working harder. By contrast, the participants were more willing to cooperate in the two other winner-takes-all scenarios since sharing of the reward prize is not even possible in those scenarios.

The study showed that individuals’ efforts and subsequent tendencies in social situations are highly responsive to the competitive environments they faced. Most importantly, the researchers wanted to highlight that the participants in the study remained competitive even when they did not interact with the same opponents in different games. It means that the competitive situation can shape people’s general attitude by steering them away from cooperation. In addition, the study finds that the participants who claimed themselves to be highly ambitious in winning and worked harder to win, behaved more selfishly and were less willing to cooperate in social dilemma games.

“It has a negative implication for society because the social dilemma games represent situations in which individuals can potentially cooperate with one another to create more resources for everyone, but those who want to win badly tend not to do that,” Prof. Lien says. “Also, an overemphasis on competition can affect people’s social interactions in the long run, such as having less trust towards strangers and less willingness to contribute to public goods.”

In the workplace context, Prof. Lien adds that the constant competition without carefully designed reward schemes could lower people’s ability for teamwork and cooperation. In most modern organisations, competition is treated almost as an essential component of the hierarchy, for example, with workers competing for limited promotions. Trying to find the best reward scheme from a behavioural point of view becomes highly challenging, as each organisation would have different needs, in terms of balancing the incentives for performance and maintaining a cooperative workplace environment.

The study points out that not only does pitting workers against each other in the workplace context result in negative effects on cooperation, but this also extends to “softer” forms of competition which (perhaps counterintuitively) may even make things worse. As the study results point out that people behave differently under different reward schemes, future work can focus on finding the ideal compensation schemes that could bring out the best features in people when competition is unavoidable.

The Cooperative Consequences of Contests