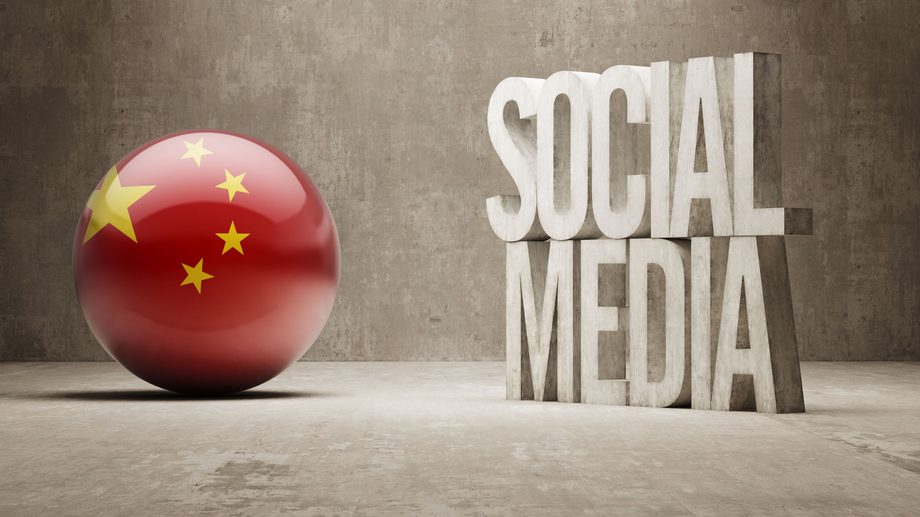 Autocratic regimes control traditional media and use optimistically biased news reports – including corporate news – to strengthen their political power: they know bad news can destabilise the economy and weaken their position.

In China, new forms of social media, such as online stock platforms which rely on the ‘wisdom of crowds’ for independent user-generated content, are now supplying market information.

So, can such social media correct the bias of traditional media by providing less positively biased corporate information to the market?

Their study, titled “Does Chinese social media correct the optimistic bias of traditional media?” used a comprehensive sample of corporate news reports from traditional, state-controlled newspapers and the analyses and opinions of stocks and shares of investors on the online stock forum, East Guba between 2009 and 2016.

“The objective was to examine whether Chinese social media corrects the positive spin or bias often found in traditional media economic and stock market reports by providing more neutral or accurate corporate information,” says Prof. Zhang from the School of Accountancy at CUHK Business School.

Prof. Zhang explains that China offers a great setting to study whether the wisdom of crowds of social media can correct the optimistic bias of traditional media in an autocratic regime.

“Although the equity market was established only in the early 1990s, it has grown to have more than 3,000 firms listed in its two domestic stock exchanges,” he says.

“Newspaper coverage of these firms is vast, with more than 70 state-owned traditional newspapers spanning most of the provinces in the country,” he adds.

About 146 million posts were left on East Guba – about 83,000 posts per trading day – covering more than 3,000 listed firms in China were left during the study period.

The final study sample comprised more than 970,000 firm-day observations when there was at least one news article from traditional media and three postings from East Guba for each company on the same day.

First, they considered whether mainland social media plays a monitoring role by remaining less biased in its content when traditional media reports are likely to be more optimistically biased by comparing the tone of articles and posts about the same firms on the same day.

Since state-controlled traditional media is more concerned about creating a crisis, and is aware investors’ attention is more likely to be heightened when the stock market or businesses experience bad news than good news, traditional media is likely to be more positively biased in its news reports when the tone is optimistic, and more restrained – and less likely to have distorted news – when the tone of its reports is neutral or negative.

“We found that there is a positive correlation in the tone of the traditional state-run reports and social media posts about the same company on the same day.”

The study also examined whether social media actually supplies less biased information, which can serve as a benchmark to accurately show traditional media’s optimistic bias, by looking at stock return responses to the tone of the two types of media.

The researchers found the positive correlation is significantly reduced at the times when the tone of the newspapers is positive.

“This finding is consistent with our conclusion that East Guba plays a monitoring role in correcting the bias of state-owned media. It also suggests that the tone of East Guba’s posts is less optimistic than that of the state-run newspaper reports at times when traditional media are more likely to print positively biased articles.”

Further analyses showed that political factors, such as state ownership of the firms covered in reports and the political sensitivity of the periods when the articles were posted, also shaped East Guba’s monitoring role in correcting the bias shown by newspapers.

The contributors to these online stock forums are individuals, not state employees, so their views were unlikely to be controlled or influenced by the state.

“The business model of these online platforms relies on the ‘wisdom of the crowd’ to provide valuable information to the community,” he says, adding that it was easier for the regime to control editors working in traditional media and a small set of journalists under their direct control, rather than the crowd on social media.

“Therefore, as the social media users post their opinions online, they are providing an independent interpretation of the news that serves as a check against the bias of the traditional media.”

The Impact of Censorship

However, it was also possible that social media websites were subject to censorship, which might mean the government deleted highly critical posts or social media contributors refrained from negative posts due to self-censorship.

He said this could be true during politically sensitive periods, such as when the Chinese government grew concerned about stability and intervened – banning shareholders with stakes of more than five per cent from selling shares for the next six months – after the 2015 stock market crash, which saw Chinese share prices fall by nearly a third.

In the period after the government’s 2015 intervention, there was a more significant drop in the positive association of the tone between traditional and social media when traditional media’s tone was positive.

“This is consistent with our conclusion that the government has put more pressure on the state-controlled traditional media to remain optimistic, even after the market intervention.

“There is anecdotal evidence that the government pressured traditional media to be optimistic in its reporting during the stock market intervention.”

The study also found that social media failed to play its monitoring role during the period around the National Congress meetings – the party congress held in Beijing every five years – which, since 1987, have taken place in October or November.

Zhang said this was consistent with earlier studies that found Chinese companies suppressed the release of bad news in the years around the National Congress.

“Our results show that in China, social media’s reliance on the ‘wisdom of crowds’ can help to shelter itself from the mainland government’s direct intervention and provide corporate news that can serve as a check against the positive bias of traditional media.” – Prof. Zhang Tianyu

The study also looked at whether media bias – as indicated by the deviation in the tones of the two types of media – could also be reflected in differences in stock return responses to the information media supplies.

“This suggests the market could see through – at least partially – the bias and discount the information contained in the positive tone of the traditional media.”

Yet the researchers did not find any change in the stock return response to the tones of social media – when it deviates, either positively or negatively, from that of traditional media.

“This confirms our prior belief that social media is less biased – more neutral – and the market credulity does not change.”

The First Study on Social Media in an Autocratic Government

The research has offered a number of interesting findings under an autocratic government.

“This is the first study of whether, in an autocratic government, social media corrects the biased corporate news of traditional media by supplying less biased information to the market,” he says.

“Our results show that in China, social media’s reliance on the ‘wisdom of crowds’ can help to shelter itself from the mainland government’s direct intervention and provide corporate news that can serve as a check against the positive bias of traditional media.

“We have also provided new evidence that in China the market can discount – at least partially – the positive bias of traditional media,” says Prof. Zhang. 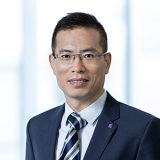