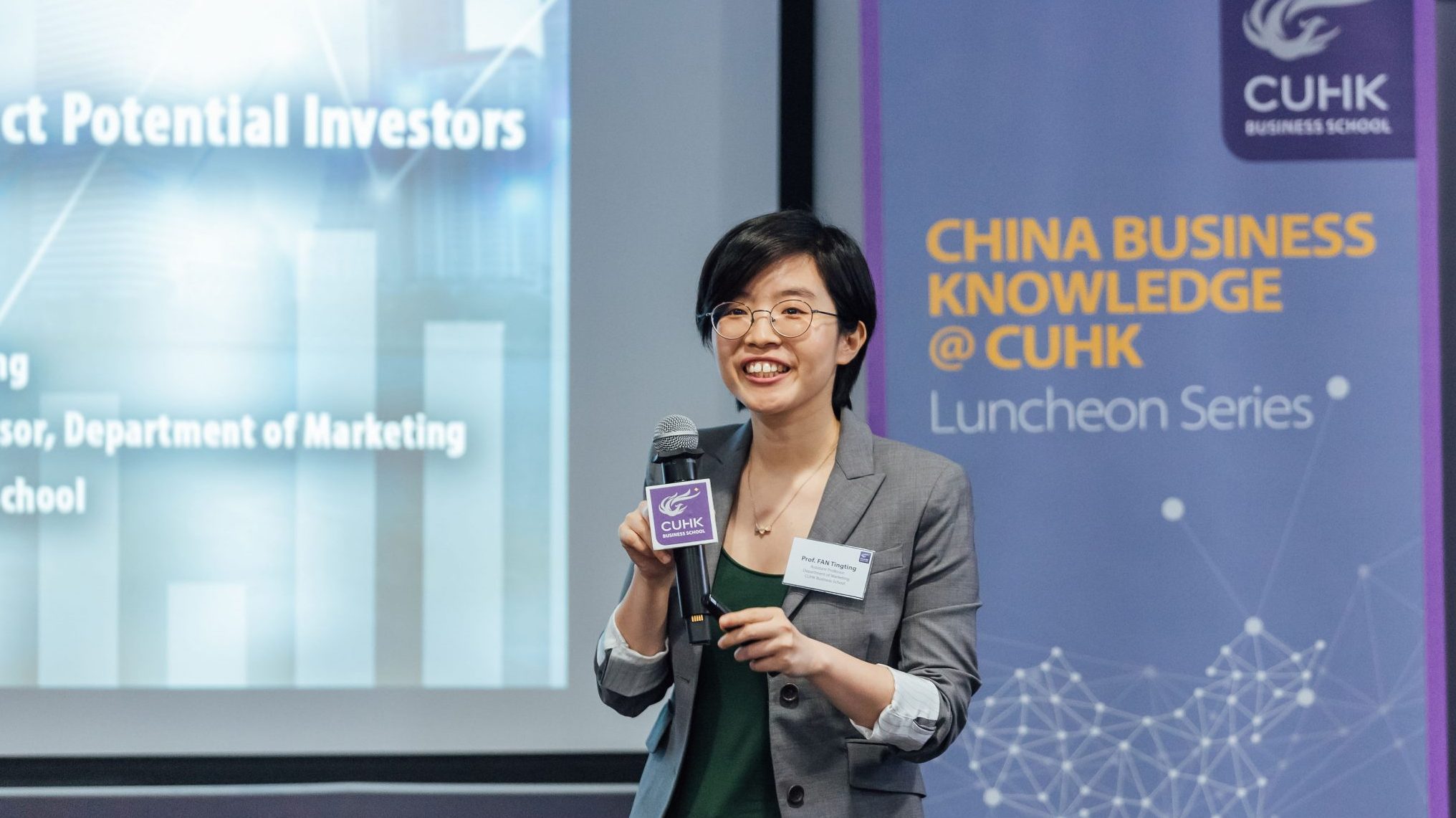 Entrepreneurship seems to be the future of business world. With more and more millennials drawn to the startup culture, the competition of securing investments is getting fiercer and fiercer. Crowdfunding, an effective and popular funding source, has become very popular among entrepreneurs in recent years. In the eleventh talk of the China Business Knowledge @ CUHK Luncheon Series: How to Attract Potential Investors, Prof. Fan Tingting and Mr. Harrison Li shared their expertise on how to make your business project standout from the crowd. 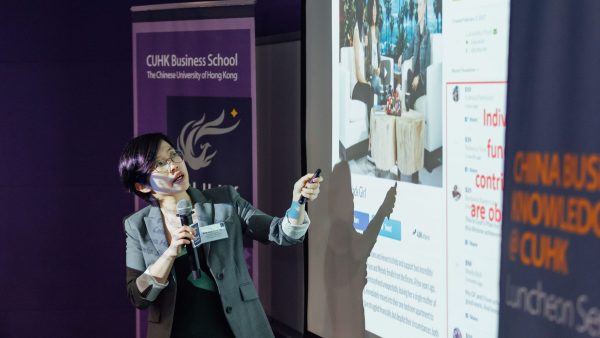 “If you search crowdfunding on Google, for example, you will find lots of tips. One of the tips is ‘asking help from your friends and family’. The reason is quite simple. If your friends and family are willing to help you in the early stage of the project, it will generate some funding momentum. It may attract more and more people and money. However, is it always true?” said Prof. Fan, Assistant Professor in the Department of Marketing at CUHK Business School.

“Unlike the traditional investment channels, crowdfunding platforms also provide you with all the details of other funders’ behaviours, meaning you can find out who contribute how much money to what project, and at what time. So my question is: How does this public information influence our investment decision?” Prof. Fan said. 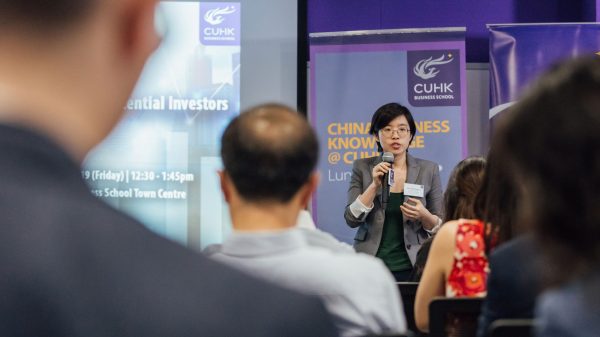 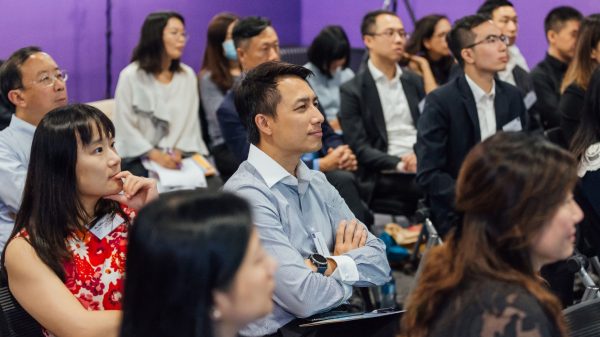 “We found that if the crowdfunding projects’ early contributions are mostly small amounts, they actually performs much better than those initially getting large contributions. Specifically, we found that former would end up raising more money and attracting more investors and are more likely to achieve their fundraising goals. We call it the ‘Small Predicts Large’ effect,” said Prof. Fan.

“We asked why funders made these decisions and found that when people looked at projects and saw that the majority of the early funders contributed large amounts, they would get suspicious. As a potential funder, you will look at each information of the project and try to judge how popular it is. If you see the majority of the contributions are large, people may infer that those funders are friends and family members of the entrepreneur, that’s why they contributed so much money,” said Prof. Fan.

According to Prof. Fan, getting too much help from friends and family members in the early stage of fundraising can actually hinder potential investors’ support because the information that large contributions represent the popularity and quality of the project will no longer have any value to potential funders. That is why projects with large amounts of early contributions fail to attract more funding.

Luckily, the effect will go away after 7 days of a crowdfunding project and when large rewards are given to funders who contribute large contributions.

“Friends and family are important but getting their support may backfire. So if you want their help, it is better to ask many of them to contribute HK$10 rather than asking one of them to give you HK$10,000. This effect also applies to other crowdsourcing platforms,” Prof. Fan concluded. 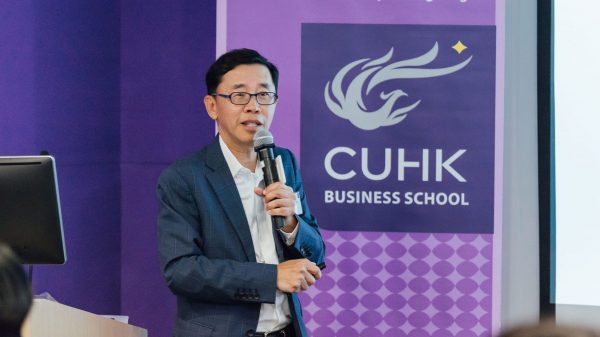 Mr. Harrison Li, a renowned financial writer and veteran financial investor, shared his experiences in his own investments throughout the years. As an experienced investor, he sees the common problems many startups share while pitching.

“People come to me and tell me how big the market is and how much potentials they have. I think these are all nonsense because there are always opportunities and a big market out there,” said Mr. Li. “The three most important questions they need to answer are: who pays you, why should they pay (for the project) and why should they pay you. If you can answer all these questions, then I will invest you – if I have the money.”

Mr. Li has been actively seeking opportunities to invest in the last 20 years. He has invested in technology, financial and medical ventures. His latest investment projects include DASH Systems, a US company which specialises in precise cargo delivery using autonomous delivery vehicles in anywhere in the world and a local Hong Kong startup called Emali specialising in cryptography and blockchain technology.

According to him, other common mistakes made by startups include the underestimation of the amount of funding they need. He suggested that any startup company should raise three times the amount they estimated in order to prepare for unforeseeable challenges. In addition, he thinks it’s very important to allocate money to hire a high calibre general manager – a move might seem unnecessary to many startup founders – but can make a company operate so much better.

From his experience, the right investor is not someone with the deepest pocket either.

“When you find an investor, you should look into his eyes, see whether he is someone who’s willing to help you,” he said. “And try to find someone who has a similar character like you,” he added.

For those who have some spare cash to spend, this is his advice: “If you want to become an investor like me, you’d better focus on something you know really well. If you go to an arena you don’t understand, that’d be a waste of money.” 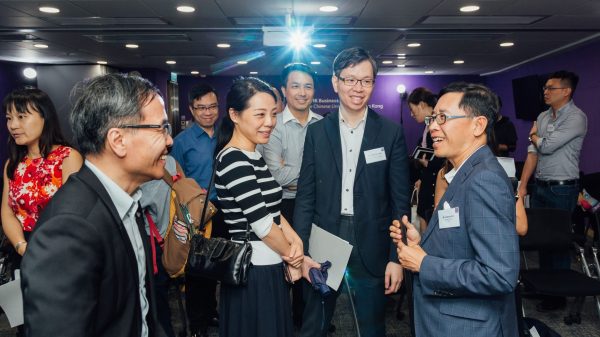 The luncheon talk generated a vibrant discussion between the speakers and the audience. Stay tuned for our next luncheon talk on May 9.

China Business Knowledge @ CUHK is the knowledge platform of CUHK Business School. It showcases top-notch research by the faculty at CUHK Business School and offers thought leadership and insights into the ongoing developments and modern business environment of China and the world.

To receive our monthly digests of feature articles based on our research, subscribe below. 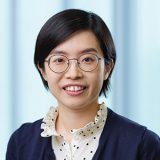