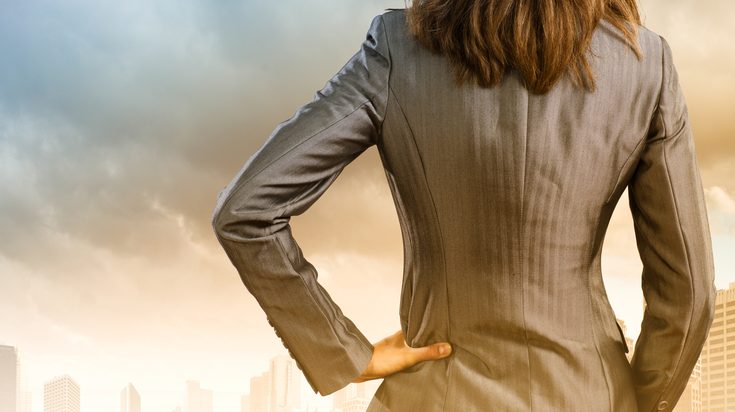 When people think about the number of female CEOs in China, one might tend to think that it would be low, perhaps even lower when compared with companies in the West. A study on the gender of CEOs in China by CUHK Business School sheds new light on this issue.

The research shows that almost 4.5 percent of CEO positions in Chinese-listed companies are female. This actually compares favorably with the United States, where around 4 percent of “Fortune 1000” firms are led by female CEOs. The study indicates a rising trend in female CEO participation in China and breaks new ground in the examination of CEOs in relation to various aspects of Chinese-listed companies. Most of the research has focused on the gender diversity of managing boards at a global level and scholars have seldom looked so closely at China.

He stresses that over the past decade, China’s economy has undergone tremendous change with private companies emerging and competing side-by-side with longstanding state-owned companies. At the same time, women are becoming more prominent in the business sphere. Consequently, it is an appropriate time to explore the effects of such ownership change on Chinese women’s access to leadership positions.

Private Firms Have Nurtured the Trend

Is there a direct link between ownership and female CEO participation? “Yes, we believe there is,” explains Prof. McGuinness. “The greater the proportion of private ownership the more likely a female CEO.”

“Private companies in China are more likely to hire female CEOs. Female participation at the CEO level is not only increasing over time but at a faster rate in private firms. For state-owned enterprises, we detect little change in the proportion of female CEOs,” says Prof. Kevin Lam at the School of Accountancy of CUHK Business School.

Prof. McGuinness further explains that in the private sector, traditional networks and “connections” are less keenly felt. Private firms generally compete in much more contestable markets, which require them to be more flexible and efficient. This might lend itself to greater appreciation of leadership skills and thus a more gender-neutral approach to top management hires.

The Economic Benefits of Women on IPO Firm Boards

The analysis is taken deeper. The percentage of female CEOs in China is relatively high by international standards,which raises an intriguing question: Is it a reflection of the Government’s attempt to promote gender-neutral hiring policies or is it one fashioned by competition in the growing private sector?

Prof. McGuinness and Prof. Lam conclude that “market competition has a greater impact on this up-trend. Studies have shown that competitive forces are generally more effective in bringing women managers into companies, because market mechanisms may be better at identifying and rewarding strong performers. When you face competition, you have to remove bias and focus more on bottom-line issues.”

Moreover, Prof. Lam opines that China’s culture is not hostile to women becoming managers in the mainland business world.

Although the trend for Chinese female CEOs looks positive, female CEOs in Chinese-listed firms still receive less remuneration than their male counterparts, according to the research. However, the wage gap between female and male CEOs is a worldwide issue, not just a Chinese one. Indeed, women who are among the highest paid executives at S&P 500 companies earned 18 percentless than their male counterparts in 2012, according to Bloomberg.

“Consistent with international evidence, we find a statistically significant difference in compensation levels,” says Prof. McGuinness. “Women do suffer a discount in terms of remuneration. This could be due to several factors. For example, we notice that age and tenure are strongly correlated with executive compensation. Someone older or someone who has greater tenure gets paid more. In general, we find that male CEOs are often older and enjoy greater tenure than their female counterparts.”

When it comes to the benefits of gender equality, Prof. McGuinness believes that more equal gender participation helps promote competition and that competition itself reinforces neutral gender-hiring policies.

In light of this, some countries now impose a gender quota on the managing boards of firms. Norway, for instance, imposes a legal requirement for at least 40 percentof listed firm board members to be female. Many other countries recommend minimum levels of participation through codes or rules of best practice. There is currently no nationwide law in China for setting such a minimum gender quota.

Despite this, the future for women in senior leadership positions in China is hopeful. “As the Chinese economy becomes more balanced in terms of state-owned and private firms, and as state-owned enterprise reforms deepen, more and more female business leaders are likely to emerge. This is indeed part-and-parcel of a global movement as well,” conclude Prof. McGuinness and Prof. Lam.