Do Women Really Hold Up Half the Sky in Chinese Firms? 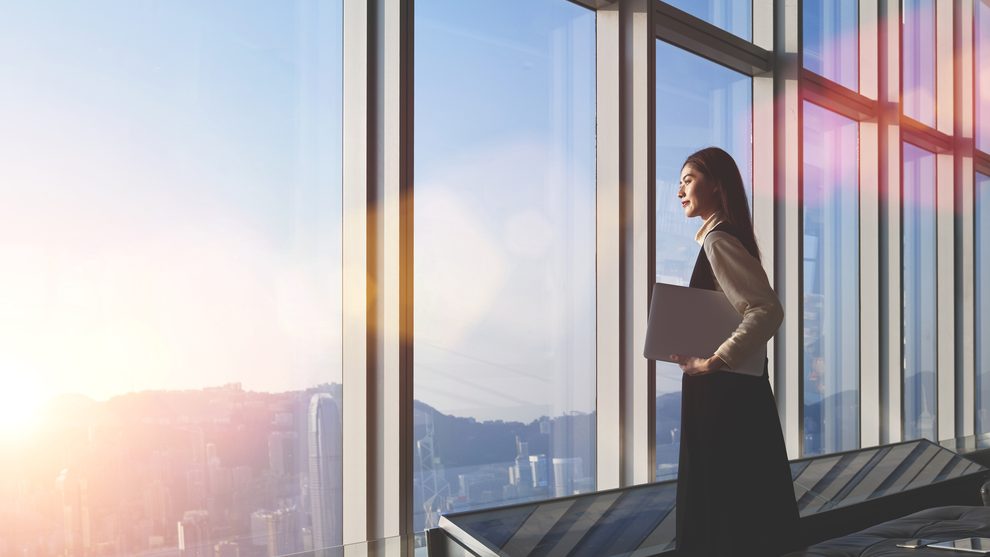 In China, gender equality has been part of the national policy and a fundamental pursuit of the government since the Communism state was founded

“Women hold up half the sky”— this famous saying stemmed from Mao Zhedong’s time.

However, according to Prof. Huangsheng Gao, Assistant Professor of Finance at Nanyang Technological University, Singapore, who recently spoke about this subject in a seminar at CUHK Business School, sex discrimination is an important factor that prevents women from climbing up the corporate ladder in Chinese firms. In his latest study, Prof. Gao has found that over the past decade, only 10 percent of top management positions in firms listed on the Shanghai and Shenzhen stock exchanges were female, although women accounted for 45 percent of the national labor force and 43 percent of all college graduates.

“Clearly, the under-representation of female top managers cannot be fully explained by the difference in participation in the labor market or the difference in the education level of the overall population,” says Prof. Gao.

Having looked at new appointments and dismissals of female executives in individual firms, Prof. Gao found that “in the first place, a firm [generally] does not want to hire a woman to be the top manager; it is more likely to hire a man than a woman. But if a firm wants to fire an executive, it is more likely to fire a female manager than a male one.”

In China, top management positions in state-owned enterprises (SOEs) are controlled by the central government. So in terms of the proportion of female top managers, is there a difference between SOEs and non-SOEs? Prof. Gao’s research has confirmed that non-SOEs have a larger percentage of female executives than SOEs. He cites one research paper by Kailing Shen from Xiamen University, in which job ads posted on a Chinese Internet job-search board Zhaopin.com have been studied.

Prof. Gao explains: “In the job requirement section, gender-specific requirements for women are equally common as those for men. The difference is: If a firm has a job for a man, it typically requires that the man has a college degree or certain number of years of work experience. But if a firm wants to hire a woman, it often requires that the girl be tall and young. And SOEs are more likely to have this gender-specific requirement. That means that if an SOE wants to hire a woman, it is more likely to require her to be tall and young. Since an SOE is typically a monopoly in a local market, the discrimination would not hurt its profitability.”

But Prof. Gao also notes that sex discrimination is a significant issue in both SOEs and non-SOEs even though there is a difference between them in terms of the percentage of female top managers vs. male managers.

Since the discrimination situation is very different across different areas of China, should one expect that a firm in a high-discrimination area would hire fewer female top managers? The answer is “yes.” Prof. Gao found that firms located in the provinces with a stronger discrimination tendency have a smaller percentage of female executives: For example, in Anhui province, there are far more boys than girls. “If I am a public firm in Anhui, I would not be likely to hire female top managers.”

Prof. Gao explains this phenomenon from a demand-and-supply perspective: “On the demand side, there is less demand for female managers in high-discrimination areas, since middle managers are most likely local people, who are biased and don’t want to hire females. In this case, even if the top managers themselves are not local and do not share the same bias, they still rationally avoid hiring females. Why? Because if they bring in female managers, I believe their senior colleagues would disagree with the decision, leading to conflicts in the firm.”

“On the supply side,” Prof. Gao continues, “there is also a weaker supply of female candidates in high-discrimination areas. Junior female employees might have fewer chances of promotion, so they cannot join the market pool for top managers in the first place. Good female executives would also avoid working in such areas and would go to regions with a lower level of sex discrimination. Maybe local girls have generally poor education before they enter the job market. Another possible reason on the supply side is that if a talented woman knows it would be difficult for her to become successful as a professional manager, she would go for a different career.”

Factors other than Sex Discrimination

Why are there so few top female managers? There are many possible explanations, and audience members attempted a few hypothesis. Cong Wang, a finance professor at CUHK Business School, conjectured that since a lot of businesses in China are relationship-based, a top manager would have to participate in social activities such as excessive drinking, with which Chinese women are generally not comfortable. Other factors may include the fact that women are generally more family-oriented, according to Albert Wang, a finance professor at the CUHK Business School.

Prof. Gao agrees that the small number of female managers who have made it to the top might not be purely due to sex discrimination. He says: “I totally agree that there are other factors that might matter, but we find sex discrimination to play an important role”.