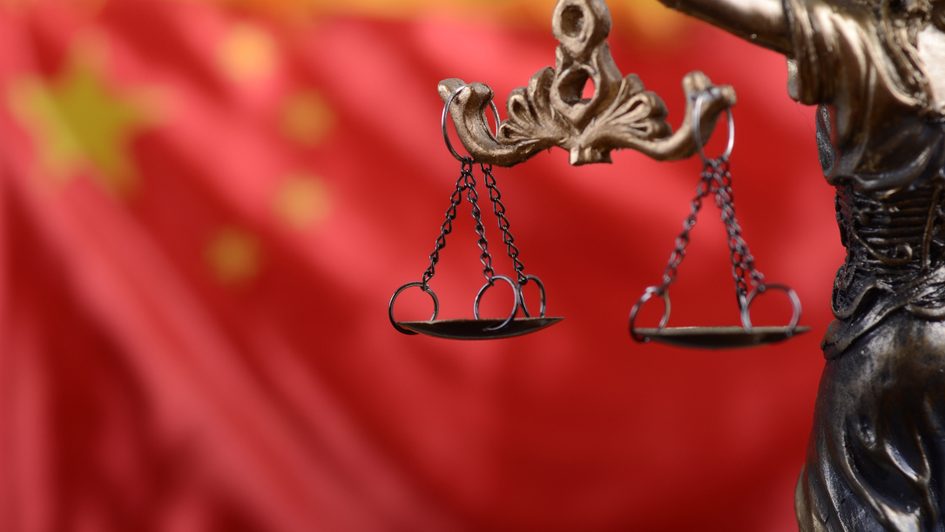 Researchers say the Chinese government has suppressed more than 60 per cent of the judicial disclosures in litigation cases involving public limit companies – even though such disclosures have been required by law since 2014.

The study “Transparency in an Autocracy: China’s ‘Missing Cases’ in Judicial Opinion Disclosure” reveals evidence that the Chinese courts’ disclosure decisions are subject to political influence from the executive branch of the government, with the suppression of judicial disclosures stronger among state-owned enterprises (SOEs) and businesses located in the same province as the courts.

“This is consistent with the notion that courts are more likely to protect SOEs and firms that are located within their own provinces,” says Prof. Zhang Tianyu from the School of Accounting at The Chinese University of Hong Kong (CUHK) Business School. “Public disclosure of the judicial opinions may raise people’s attention about the firms and prevent government leaders from showing favoritism to them.”

Prof. Zhang who has recently been named the second most prolific author by Abacus, with six papers on the Chinese capital market published in Tier 1 journals and a a total of 2,493 citations during the 1999-2018 period.

The team collected a sample of companies’ mandated disclosures, involving 5,370 litigation cases between 2008 and 2016. They then tracked down the judicial disclosures of these cases on the courts’ online platform, either through the case serial numbers or the names of the parties involved. And they found that only 37 per cent of the cases were disclosed by the courts.

“This shows that the Chinese government is suppressing most of the judicial disclosures, even though they are required by the Supreme People’s Court (SPC) of China,” says Prof. Zhang.

To discover whether their results were driven by local leaders’ political incentives, the team examined whether the court decisions were determined by the political and economic status of the firms.

“We believe local governments show greater favoritism to those firms that contribute large tax revenues to the province, or are large in size, and so therefore provide the province with significant employment,” says Prof. Zhang.

Consistent with their political theory, they found that the SOE disclosure bias is stronger for firms that are ranked among the top 10 per cent of listed firms – either in terms of their total tax contributions or size in the province.

“Our results also show provincial governments are more likely to suppress court disclosures involving SOEs located in their provinces in the year before the promotion of their party secretaries than during other years.

“This is because they want to avoid any negative information that might pose a risk to their politicians’ chances of career advancement in the government,” he explains.

There are financial costs for all firms featured in judicial disclosures, including an “abnormal” drop in their share prices, and also difficulty in obtaining equity and debt financing – both heavily regulated by the government – when compared with firms whose litigation cases were not disclosed.

Transparency is A Double-Edge Sword

Their findings support the view that the government does not favour companies featured in judicial disclosures and the market therefore perceives them negatively.

“The results show how government transparency is biased by politics in an authoritarian regime, and how this bias has economic consequences to the market,” Zhang says.

Transparency is usually associated with democracies; few authoritarian states show much interest in government transparency. So why would China’s judicial leadership even bother to embrace the practice of making court judgments public?

The primary motivation appears to be a desire to curb wrongdoing in local courts through the lens of public oversight.

“Transparency in autocracies is a double-edged sword,” Zhang says. “While transparency can raise a regime’s legitimacy by building trust and enhancing economic growth, it can also increase public scrutiny and destabilise the autocratic government’s power.”

Studying how autocratic regimes make disclosure decisions to maintain the balance in transparency has significant political, social and economic implications.

“The setting is particularly important because of the increasingly prominent role China plays in the global arena, and because of concerns over the sustainability of Chinese economic growth with underdeveloped formal institutions,” he says.

““Transparency in autocracies is a double-edged sword. While transparency can raise a regime’s legitimacy by building trust and enhancing economic growth, it can also increase public scrutiny and destabilise the autocratic government’s power.” – Prof. Zhang Tianyu

Lack of Data on Transparency in China

Transparency in China has not been widely studied before because of the lack of suitable data.

“It is difficult to gather government disclosure information to conduct large sample studies since autocrats fear that publicly sharing sensitive information will destabilize their power.

“Even if officials are willing to order the release of information, finding a suitable benchmark for measuring the quality of its disclosure is a challenge; normally the public does not find out if the information supposed to be revealed has been suppressed.

“In an autocratic regime, the public do sometimes get to know about the government suppressing or delaying a report on sensitive information – for example, the milk powder scandal in China during the 2008 Beijing Olympics [when melamine was added to infant milk powder] – but that is more of an exception,” he says.

Yet since January 1, 2014, the SPC has made it mandatory for Chinese courts to disclose judicial opinions online. The exemptions are cases involving state secrets and personal privacy, juvenile crime, cases concluded by court administered mediation and other judgments deemed inappropriate for disclosure on the internet.

In a 2015 white paper, the SPC admitted that the purpose of improving transparency was to “facilitate judicial fairness, prevent corruption in the judicial system and improve judicial credibility”.

This move meant the researchers had access to a dedicated centralized disclosure website, “China Court Judgments”, where all courts must upload their judicial opinions for public consultation.

They were also able to use a comprehensive sample of the listed companies’ litigation cases through the firms’ own disclosures – mandated by the China Securities Law – as a sample of benchmark cases to make a direct comparison with the courts’ judicial disclosures.

“This meant we could identify those corporate litigation cases the courts had suppressed – and why they had made such decisions,” Prof. Zhang says.

China is a highly centralised country with a strong bureaucratic government: there is no real separation of the judicial, executive, and legislative branches of government.

With the exception of the selection of the head of each provincial court, the appointment of all other provincial judges must be approved – directly or indirectly – by its party secretary.

Yet rules stipulated by the centralised government can be in conflict with local interests. Often local governments have strong incentives to interfere with the application of the central law.

“The SPC’s initiative to increase transparency in judicial disclosure is particularly challenging for local courts – of provincial level or below,” Zhang says.

“These courts receive dual leadership and supervision from higher levels of the judiciary, and from the party committee at the local levels. So, the goals of the SPC, as a part of the central government, and the local governments are not always aligned.

“Chinese courts also lack the authority to compel compliance with the law by institutions of similar or higher rank than them. This leads to frequent intervention into court decisions by other government institutions.”

The central government is likely to support litigation disclosures where some legal details will have been made public already – according to law – by the firms themselves. While more detailed accounts of the judicial opinions will be provided by the courts themselves, these opinions about litigation involving businesses will not usually involve politically sensitive information that threatens the government’s power.

However, the judiciary’s greater openness can have very negative political implications for the executive branch of the government.

“This conflict between the two branches of government is particularly acute when economic performance is an important factor in deciding promotion of local-level politicians, including those from the provinces,” he says.

Disclosing these judicial opinions will heighten public attention or scrutiny of companies in the cases.

“If these are businesses the local governments favour, disclosure of the judgment will prevent the government from pressuring the courts to lighten the penalty, or limit its ability to grant more favours to the companies,” he adds.

Since the provincial government can also pressure local judges not to disclose judicial opinions about the firms it favours, it remains unclear whether the Chinese government will disclose or suppress listed firms’ litigation cases.

“If the political reasons for disclosure outweigh those to suppress information, there remains the empirical question: which of these political considerations will greatly influence the government’s disclosure decisions?

Prof. Zhang says the study’s results can be explained as “a special type of judicial favouritism.

“China is often perceived as having a highly capricious judiciary. Firms in cases where the courts choose not to reveal the judicial disclosure have certain advantages over their counterparts – although these advantages are hard to detect under an opaque government,” he says.