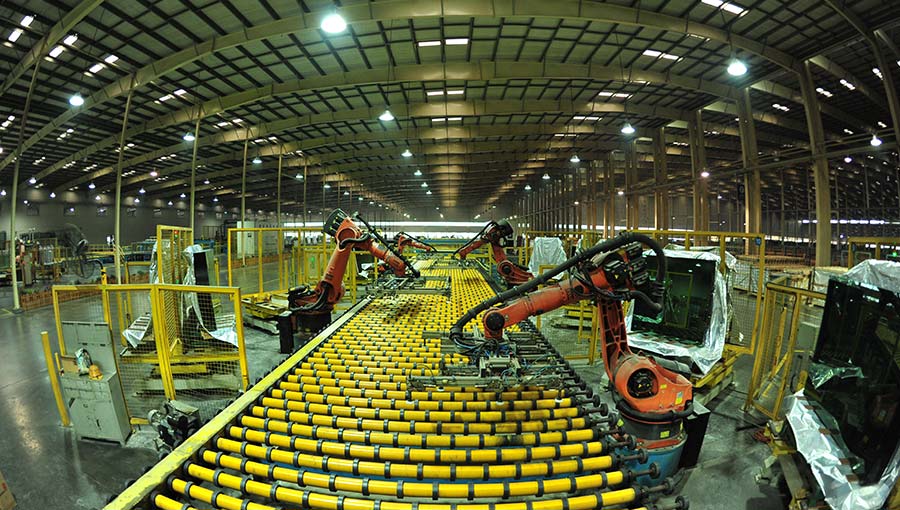 By Prof. Hugh Thomas, School of Management and Economics, The Chinese University of Hong Kong, Shenzhen

A Chinese billionaire is one of the people who are really making America great again.

The billionaire is Mr. Cho Tak Wong. A Hong Kong citizen, Mr. Cho uses the Cantonese spelling of his name and is also known as Cao Dewang (曹德旺,). He recently made news by expanding his glass empire, Fuyao Glass, “…making overseas investments this year in Germany, the United States and Russia, with the total set to reach US$200 million…” creating 3,000 jobs in America at his state-of-the-art factory in a former Ohio General Motors plant.

Cho grew up in poverty in the countryside of Fuqing County, Fujian Province of China and became an entrepreneur in his youth during the Cultural Revolution, a time when capitalism could be life-threatening. Forty years later, he won the title of the EY World Entrepreneur of The Year, the first Chinese entrepreneur to receive that high honor.

So how did he do it?

Working within the System

We answer the question in our teaching case “Dividend Policy at Fuyao Glass” [1] and its accompanying video by looking at his management principles. Cho has worked confidently to provide valuable service within the system, as he put in his book Heart of a Bodhi, “I would do what the government permitted and learn how to make money from it.” [2]

He started before the reform and opening of China by trading agricultural produce, repairing road carts, swapping production plan quotas and running the commune’s water meter glass factory, with an eye to benefiting the local community and its government while seeking profit. Today, he runs the largest auto-glass manufacturer in China, Fuyao Glass, which is the second largest, and by far the most profitable, auto-glass producer in the world.

Leading auto-glass manufacturers are highly integrated into the global supply chains of the world’s major automobile manufacturers. None of Fuyao’s customers including Volkswagen, Toyota, Daimler, GM, Ford, Fiat-Chrysler, Honda, Nissan, BMW, make their own glass but all require their suppliers’ windshields to fit perfectly, just in time, into each automobile’s final assembly. An automobile model takes years of joint engineering between suppliers and the automobile manufacturer, raising formidable barriers to entry to competing suppliers. Whereas major auto-glass competitors Asahi Glass and Nippon Sheet Glass of Japan also produce construction glass and whereas Saint-Gobain of France is more devoted to other construction materials as well as ceramics, chemicals and electronics than to glass, Fuyao is laser-focused on auto-glass: it wants to be number one in the world. It knows its customers and strives to serve them well.

Proximity to the customer also matters. Fuyao probably reduces its selling costs for automotive glass by 3 to 4 per cent by producing in the US while increasing its sales revenues in the US market [3] . Fuyao reduces risks of rising protectionism, providing thousands of jobs for the local American and Russian economies while generating profits. Fuyao’s technology, too, is global with two R&D centers in China and research centers in Germany and the US.

Cho is a conscientious Buddhist who believes in serving the society, and has contributed millions of dollars to temple construction in his home county. Our video interview illuminates his philosophy:

“Whether making a living in a company or doing charity work, you have to be respectful of society. When you achieve your goals, you have to do so within the context of doing what is good for the society and the country.”

He set up the Heren Foundation to which he donated in 2011 just over 14% of the shares of Fuyao – a donation valued at over USD 500 million that made him the foremost philanthropist in China[4]. And he reflects, “Nothing is permanent, yet we find meaning and value in following our ancestors pursuing development and helping the world.”

Understanding the Principles of Finance

Our case study requires students to take the role of Cho’s Chief Financial Officer to decide Fuyao Glass’ dividend policy in light of its ambitious investment plan, charitable pursuits, anticipated initial public offering in Hong Kong and philosophy. Students must make cash flow forecasts. And they must take Cho’s views, as expressed in the video, into account. On capital structure, he opines, “I think that if you are running a company and don’t use debt, you are a fool.” On dividends, he confides, “I also like money. I work myself half to death, but if I don’t declare dividends, where can I get the money from?”

Cho asserts that he has built his success on trust. “Trust is a belief and a confidence. Not only self-confidence, but trust in others – mutual trust. If you believe in nothing, you will accomplish nothing. It was because of my belief in the consistency of government policy, and in my own abilities, that today’s Fuyao was built.”

But “trust” to him is different from uncritical acceptance of government policy. The Economist recently reported his complaints about the Chinese government. Cho thinks that today’s China is, in some ways, more difficult to do business in than the China of his youth, as he reflects, “Today’s problem? Far too many taxes, regulations and fees” [5].

Is it also time to make China great again?