The Role of Cultural Differences in Business Communications 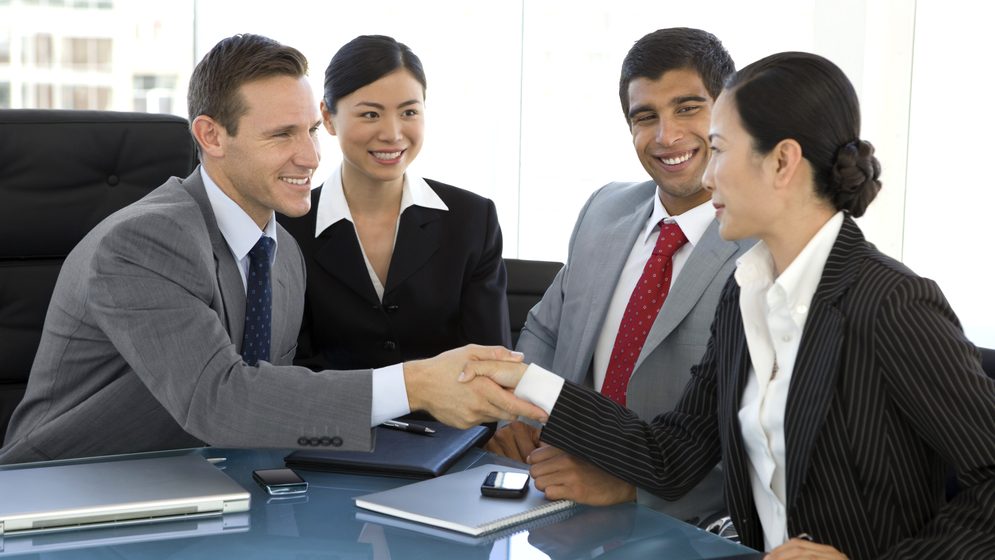 The international economy structure is changing rapidly through globalization, growing information intensity, consumer demands, and acculturation. International companies are facing the challenge in promoting products internationally, and in negotiating with partners cross-culturally.

In terms of negotiation, one important dimension in which cultures differ significantly is the mindset of ‘uncertainty avoidance’, which refers to a society’s tolerance for uncertainty and ambiguity. At the individual level, it reflects the extent to which members of a society attempt to cope with anxiety by minimizing uncertainty. Uncertainty avoidance is one of the five key qualities or dimensions measured by the researchers who developed the Hofstede model of cultural dimensions[1]to quantify cultural differences across international lines and better understand why some ideas and business practices work better in some countries than in others.

According to Geert Hofstede, the Chinese culture has a high level of ‘uncertainty avoidance’, which means ambiguity and uncertain situations are largely unbearable in the culture. This is also why the Chinese dislikes taking risks and strongly prefers avoiding losses. On the other hand, the Western culture has a low level of uncertainty avoidance, which means people in such a culture do not feel as threatened by uncertain or ambiguous situations.

In business, uncertainty avoidance is an important factor influencing how companies from different cultures communicate with each other and the outcome of the communication.

When a new product or brand is introduced, consumers are faced with some level of uncertainty, which is derived from unfamiliarity with the product. To cope with such situations, consumers from a high uncertainty avoidance culture may try to minimize such uncertainty by resorting to well-established criteria to evaluate the new product, such as whether the product comes from a reputable country-of-origin and brand image. These consumers are less receptive of innovative products and manufacturers. On the other hand, members from cultures with low uncertainty avoidance are more likely to embrace products with innovative designs, or from a new company of a potentially promising country-of-origin.

In today’s competitive market environments, companies not only aim to increase the purchase probability of a focal consumer, but also seek ways to maximize product diffusion and electronic word-of-mouth. Prior research has revealed that uncertainty avoidance causes individuals to avoid social outings because of the fear of embarrassment and negative evaluation by others. In addition, uncertainty avoidance may strengthen the predisposition of culture-specific concepts of interpersonal relationships on consumers’ advice-seeking behavior. This is particularly important with respect to the Chinese culture because of the relatively high prevalence of ‘guanxi’ – or the exchange of favors based on “relationships”. Chinese people who value highly on ‘guanxi’ will be highly concerned if their behavior will offend or embarrass another person. Under such culture, consumers may hesitate to seek advice from others and share their opinions.

In the process of negotiation, Eastern (e.g., Chinese) and Western (e.g., American) managers differ greatly in the attitudes toward risk-taking.

High uncertainty-avoidance Chinese managers usually lack theadventurousspirit and the mindset of taking risks. They attempt to minimize making immediate decisions during negotiation if they feel the circumstance is uncertain, which maydeprivethem of the opportunity to grab the opportunity and compete in the market. In most cases, they would like to make comparatively safer and less risky deals at the expense of business opportunity. In contrast, low uncertainty-avoidance American managers are more likely to consider taking some risks, especially during a negotiation which concerns developing new products, opening a new market and applying new technology.

A high level of uncertainty-avoidance is also noted as being associated with a more bureaucratic functioning and a lower tendency for individuals to take risks. This may be a problem for business negotiators when they have received a mandate from top management. For instance, the bureaucratic orientation in ex-communist countries has imposed strong government control on industry. As a consequence, Chinese negotiators, for instance, tend not to be capable of individual decision-making. Before any agreement is reached, official government approval must be sought by Chinese negotiators.The American negotiator partner who does not see this from the Chinese perspective may interpret it as being slow, lacking in initiative and unproductive. Some researchers confirm this tendency in the case of Chinese executives who tend to consult their superior significantly more than Canadian executives who belong to a low uncertainty avoidance society.

” To achieve better result, in negotiations with Asian managers with high uncertainty avoidance, their Western partners would need to slow down, especially in the preliminary stage of negotiation.” – Vincent Wong

In today’s globalized market, marketing managers will need to deal with consumers from different cultures of various mindsets. The cultural differences of uncertainty avoidance can offer some insights for marketers as to whether consumers from a specific culture expect a marketing campaign to strictly adhere to rules and traditions or if they would allow more freedom and novelty. Additionally, marketing managers may need to pay extra attention and efforts to promptly eliminate subtle doubts from consumers from a high uncertainty avoidance culture in order to facilitate smooth and effective communication with positive results.

In terms of international negotiation, people in the Asian culture tend to focus on the creation of relationships during the negotiation process, due to their need to avoid uncertainty. To them, developing familiarities with a foreign company cultivates trust, which helps to establish mutual predictability. On the other hand, managers from the Western culture tend to be rather pragmatic in negotiation with an emphasis on pursuing the contract instead of establishing a sustainable relationship. To achieve better result, in negotiations with Asian managers with high uncertainty avoidance, their Western partners would need to slow down, especially in the preliminary stage of negotiation, which can help minimize the loss of trust and apprehension. Equally important is that during the negotiation process, communications made by Asian managers are often non-verbal and less direct because of their uncertainty of the communication outcome. Hence, Western managers must acquire an understanding of this kind of non-verbal communication and be extra sensitive to their Asian partners’ unspoken needs.