The Shape of the COVID-19 Economic Recovery 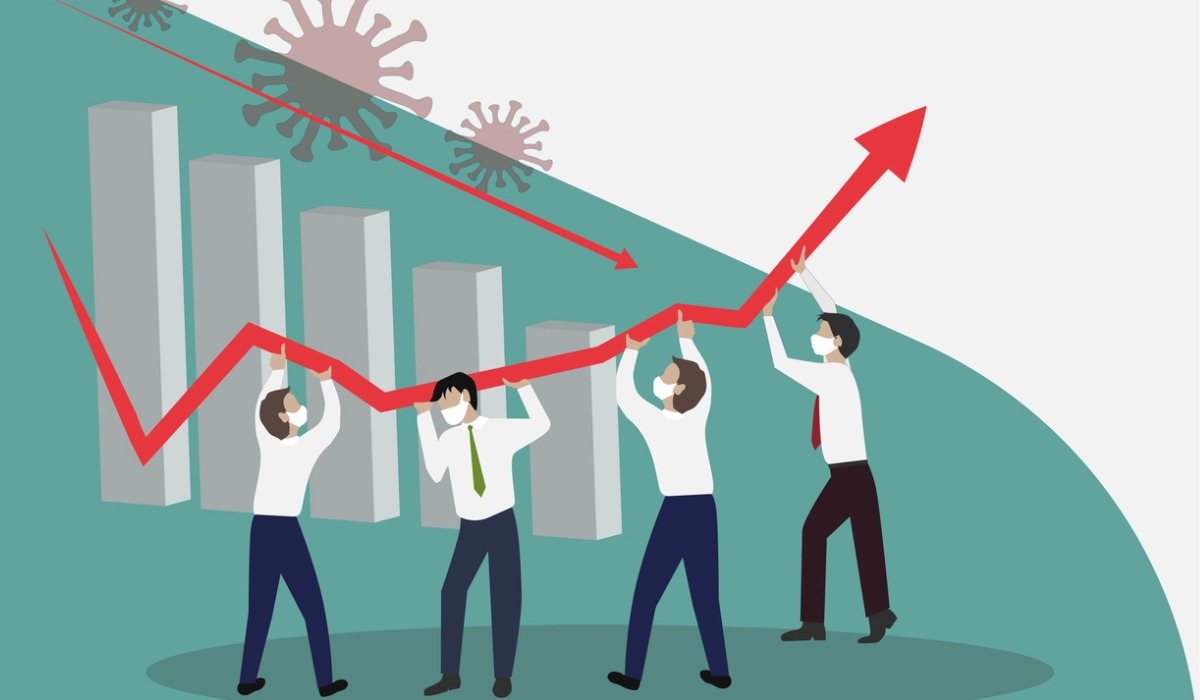 The shock of shuttering the economy is real and very large. But this is not a normal recession because we decided to shut it down. What happens when we choose to reopen?

This article is republished courtesy of INSEAD Knowledge. Copyright INSEAD 2020

Understandably, there is a great deal of concern about the current state of the economy and what will happen next. To outline possible responses (with the caveat that information is constantly changing and governments and markets are moving very quickly), INSEAD Professor of Economics Antonio Fatás spoke to thousands of attendees at his webinar on 9 April, as part of the INSEAD webinar series, Navigating the Turbulence of COVID-19.

“This is not a financial shock, not a regular recession,” Fatás clarified. “It’s a natural disaster.” The global effect of COVID-19 is a health shock, unlike previous recessions caused by bubbles; there isn’t a particular policy or business error behind the economic decline. It’s spurred by the pandemic and the consequences and the likely path of the economy will depend very much on how the pandemic evolves, Fatás said.

Looking forward, he presented different scenarios, all of them challenging. However, some provide a dose of optimism after we manage the first wave of the virus.

Once the Spread is Managed, Economic Recovery Could Surprise Us

The outcome of national lockdowns is obvious: “If none of us can go to work, economic activity stops. We are facing one of the largest economic shocks of the last 100 years. This is not a normal shock. This is the fastest GDP fall ever…The quarter-to-quarter number for advanced economies is likely to be -8 percent, which is a massive number (it translates into -30 percent at an annualised rate).”

Fatás reminded us, “But this is not a normal recession. We closed the economy. We understand why GDP’s so low.” He used an optimistic example from his home country of Spain, where every year industrial production stops for the month of August. The factories close and activity is reduced by 30 percent. But then, towards the end of the month, when people return from holiday, everything gets back into gear, people go back to work and production returns to normal. No doubt that this is not what will happen with the COVID-19 global recession, but it provides a perspective that can help us think of more optimistic outcomes.

Referring to graphs that show sharp falls and quick gains, Fatás speculated, “Could it be that we have a V-shape like the one we see every August in Spain?” That’s what seems to be happening in China – it’s early days – but in its PMI graph, we see a quick rebound. The “V-shape phenomenon in China” is also present in environmental pollution reports. One has to be careful looking at these early data: China is returning towards normal business, but it will take time to resume the same level of economic activity pre-crisis and the same growth rate.

This global pandemic affects emerging markets in ways that can make the policy response a lot more difficult. For these nations, “we are witnessing massive capital outflows” combined with the virus and the lockdown. This translates into a shortage of dollar funding.

“You have countries having difficulty financing their current account deficits. You have, in addition, because of the crisis of falling commodity prices, less revenues, less exports, and you end up with a situation which resembles those of previous debt crises,” Fatás explained. All countries are not in the same situation; many emerging markets in Asia, for example, have current account surpluses and healthy balance sheets. “They can use their foreign reserve they’ve accumulated in the past, and that means they will have some slack to sustain the current environment.”

Fatás’ main message about emerging market economies is: “You’re going to have probably bigger sovereign default crisis, but it’s going to be very heterogeneous, with some countries surviving while other countries will go into a crisis that will be long lasting.” The help of the IMF and the World Bank as well as the advanced economies will be crucial here, in particular for the countries with low income.

For policymakers, Fatás mentioned two things about this large and possibly long event: He hopes that policies are “blunt and smart” and they take whatever measures necessary to keep the economy going while it’s in a medically-induced “coma”.

Protecting workers’ contracts, for example, upholds the important association between workers and their firms. In France, Germany and Denmark, the government pays all or a portion of a worker’s salary to the company. “That’s better than having the worker be unemployed, losing the contact with the company. Because once we go back to normal, as long as the worker still works for the company, the rebound is likely to be faster than if you have to rehire the whole labour force,” Fatás said.

Workers aren’t the only ones who need cover. It is critical to protect companies’ cash flow, extending credit, going all out so firms don’t go bankrupt. “Anything that keeps the economy alive until we can go back to business would be the right policy at this point,” Fatás said. “This is an aspect which is very different from previous crises [financial crisis of 2008 or the dotcom bubble at the end of the 1990s]…This is a very peculiar crisis. That’s why policies have to be different.”

The Role of Central Banks and Governments

Central banks are being blunt and very aggressive, bringing back quantitative easing (under different names) in huge magnitudes. And this is just the first step. Interventions in markets can help ensure liquidity and prevent the collapse of asset prices. To ease the shortage of US dollars, international central banks have agreed to “swaps so central banks around the world can access dollars from the US Federal Reserve, and that keeps, in this case, international financial markets alive.”

As Fatás and others have written, “Europe needs more than one instrument” to move out of the COVID-19 slump. Regulations may be relaxed so that businesses don’t feel the extra pressure of loan repayments over the coming weeks. The European Central Bank has announced a Pandemic Emergency Purchase Programme, which is a kind of increased quantitative easing with very flexible rules. It has also added targeted refinancing operations for banks, to ensure liquidity.

In the US, the Fed has established a temporary facility to allow not just domestic investors, but also foreign central banks, to transform their US bonds into liquidity. Going beyond 2008 measures, the Fed has also modified the supplementary leverage ratio for banks and encouraged facilities for loans to small businesses.

Governments are developing tremendous stimulus packages that will generate large fiscal deficits. And what will be crucial here is that the money is spent in a way that helps those that need it most and that prepares the economy for the potential recovery.

The Question on Everyone’s Lips: Who Pays For This?

Fatás gave an optimistic scenario of how government debt might not be as frightening as some believe: “Imagine a country that issues debt that amounts to 30 percent of the GDP. Imagine that you issue this debt with a 30-year maturity. What is the interest rate burden every year that you need to pay to keep this debt alive? On average 0.02 percent of GDP. That’s not a big number. These are annual interest payments…the good thing is, because GDP’s going to grow in the next 30 years, the debt-to-GDP ratio of that new issued debt is not going to be 30 percent, it’s going to be down to 15 percent.”

He made a couple of assumptions: 1) the economy will grow in nominal terms at a rate of 2.5 percent (which is on the pessimistic side) 2) The current 30-year interest rate faced by the German government.

Of course, this calculation varies by country. In the case of Europe, not all countries face the same interest rate. But both the ECB and the European Union have a say on how interest rate differentials behave. A European framework to deal with this crisis will ensure funding at low rates is available for all countries. “This requires the political will to say these are exceptional circumstances. We need to make sure that those low numbers apply to all countries,” according to Fatás.

How We go Back to Normal

Before discussing any kind of economic recovery, the health perspective must be considered first. Once our health care systems are in control, some infections might be possible, but manageable. “We need to have a mentality that brings back a sense of control. As long as we feel in control, we can keep the strategy of opening the economy slowly,” he said.

Predicting how this will work in practice is not easy. “We have never shut down a whole economy and then started to reopen slowly,” Fatás said. He suggested that many workers will continue to work from home. Opening sectors slowly will help ensure that sense of control and we will learn how it affects the spread. Some industries have interdependencies: If one part opens, others must follow.

Fatás offered two scenarios. The optimistic view comes from South Korea and China, where they were able to institute a measure of control over the disease and keep business running. A pessimistic prediction involves lifting the barriers too quickly and sickening millions of people. Lockdowns would become the new normal, as we would face a crisis enduring for months on end.

Of course, the first priority is to deal with the health crisis and stop the spread of the virus. And the second is to keep the economy “alive” so that it is ready for a quick recovery once we can go back to normal. But if the virus isn’t under control, economic policy will be of limited impact to create growth.

For Fatás, the pessimistic idea that the cure (lockdowns) was worse than the disease is unlikely. “I think there was no alternative to what we’ve done.” But after the pandemic is under control, we do have options and, more importantly, we have ways to improve those options. Any investment in testing and tracing technologies, any investment in reinforcing the healthcare system will allow the economy to open faster without taking us back to the days of uncontrolled spread of the virus. “Let’s make it happen.”