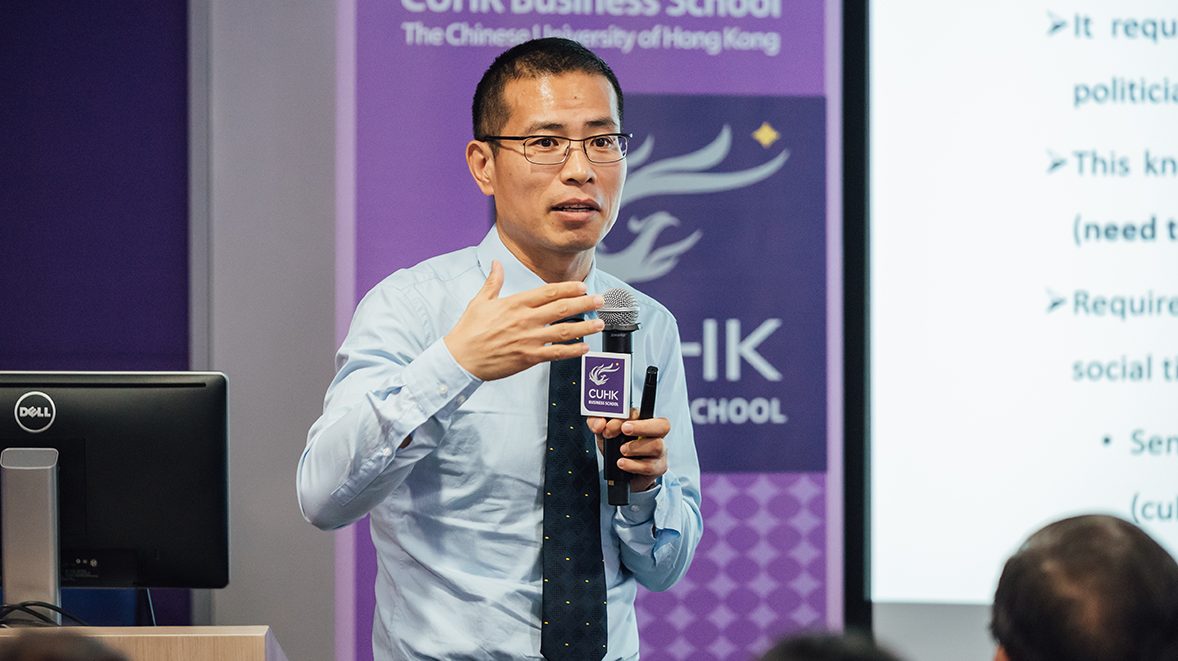 “Institutions of a country, whether explicit or implicit, matter for its economic development. However, how the institutions shape the behavior of market participants are hard to be tracked,” said Prof. Zhang Tianyu, Professor of School of Accountancy and Director of Centre for Institutions and Governance at the CUHK Business School, during the fifth talk of China Business Knowledge @ CUHK Luncheon Series on April 19, 2018.

Themed “Understanding China’s Institutions and the Role of Government in the Business World,” Prof. Zhang shared with the audience his recent research on the role of institutional knowledge in enhancing the information advantage of local financial analysts in China.

“Institutions are important to a country’s development,” he said. “A lot of people in China know this: To succeed in China, entrepreneurs need to understand and cooperate with politics.”

For the purpose of his research, Prof. Zhang and his team has developed a mega political data platform by collecting a huge amount of data from the Chinese media and social network, as well as close to 200,000 analyst reports and annual reports from Chinese firms.

Through running textual analysis on this data, he then compared the performances between foreign firms and local firms in China and found that local analysts have better understanding of the political landscape over foreign firms, and this information advantage have allowed them to perform better in market forecasts.

“These local analysts put more effort in covering the firms from a political perspective are shown to exhibit significantly higher forecast accuracy over the earnings of their target firms,” he said.

However, this kind of political information is very unique and costly to acquire, he said.

“How well do you know the politicians? How do you interpret their behaviour? This knowledge is more likely to be obtained through private networks and based on real connections – you need to know someone and also who has influence in which policy,” he said.

His textual analysis enables him to further gain insights into the “political communities” or “factions’ with which firms are affiliated, and reveal evidence showing how coordination or competition among politicians under the Chinese political hierarchy has spilled over to the affiliated firms. 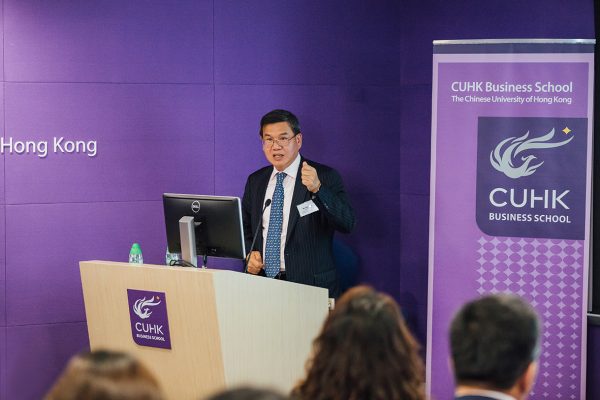 Following Prof. Zhang’s sharing, CUHK Alumnus Mr. Albert Ng, Chairman, China and Managing Partner, Greater China of EY, shared his valuable insights on the role of government and policies from the perspective of a seasoned business practitioner and leader in the industry.

Mr. Ng pointed out that the roles of the government and its policies are crucial to businesses in any economy, not just in China.

“When talking about China, some people still have certain stereotypies: China is mysterious and there’d be a higher chance of corruption and irregularities [as compared to other countries], but what I’d like to emphasis is that government policies are important for companies doing business in any country, and in particular, in China” he stressed.

Mr. Ng cited examples of how the Chinese government and its policies have driven some major developments in the past decades. For examples, the fast and successful developments of Shenzhen and Pudong of Shanghai were outcomes of the far-sighted government policies.

He further pointed out the importance of keeping abreast of policy changes. “For companies, we have to be aware of the changes, so that we can plan for our businesses in the years to come,” he said.

In terms of some important changes in China’s economic strategies, Mr. Ng shared that the country’s growth model has shifted from focusing on speed in the past to focusing on sustainability and quality. What’s more, China eased restrictions and simplified procedures for foreign investments and outbound investments have also entered an adjustment period. 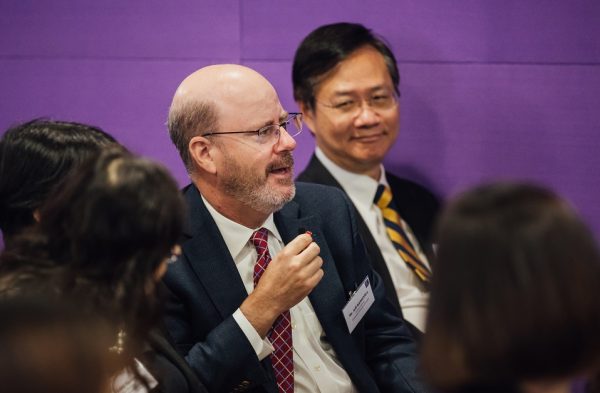 In light of this, Mr. Ng suggested companies should adapt to policy changes and seize new opportunities brought by these changes. For Hong Kong, he emphasized on the current significant government’s initiatives such as the Belt and Road initiative and the Greater Bay Area development, and suggested companies should look into ways to collaborate and create synergy within the region.

“To manage the impact of the ever-changing political and policy changes, we should always keep an open, and rational mind, and maintain a friendly and long-term relationship with the government,” he said. 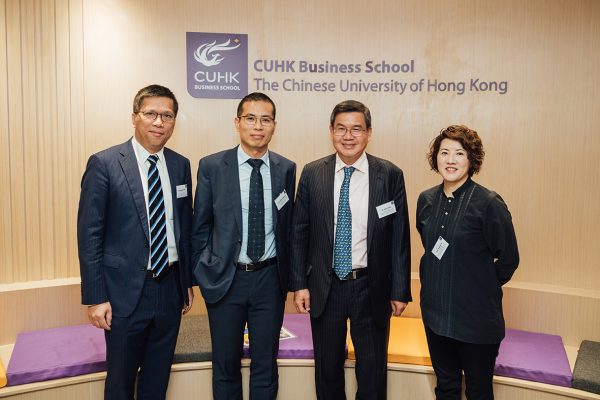 The luncheon talk attracted a full house of over 60 participants from the business community, CUHK alumni and the media, creating a highly interactive Q&A section when participants asked burning questions on the recent trade war between China and the U.S., and how Hong Kong can maintain its competitive edges in the long run. You can see our event photos by clicking here.