Why and When Do We Lie? 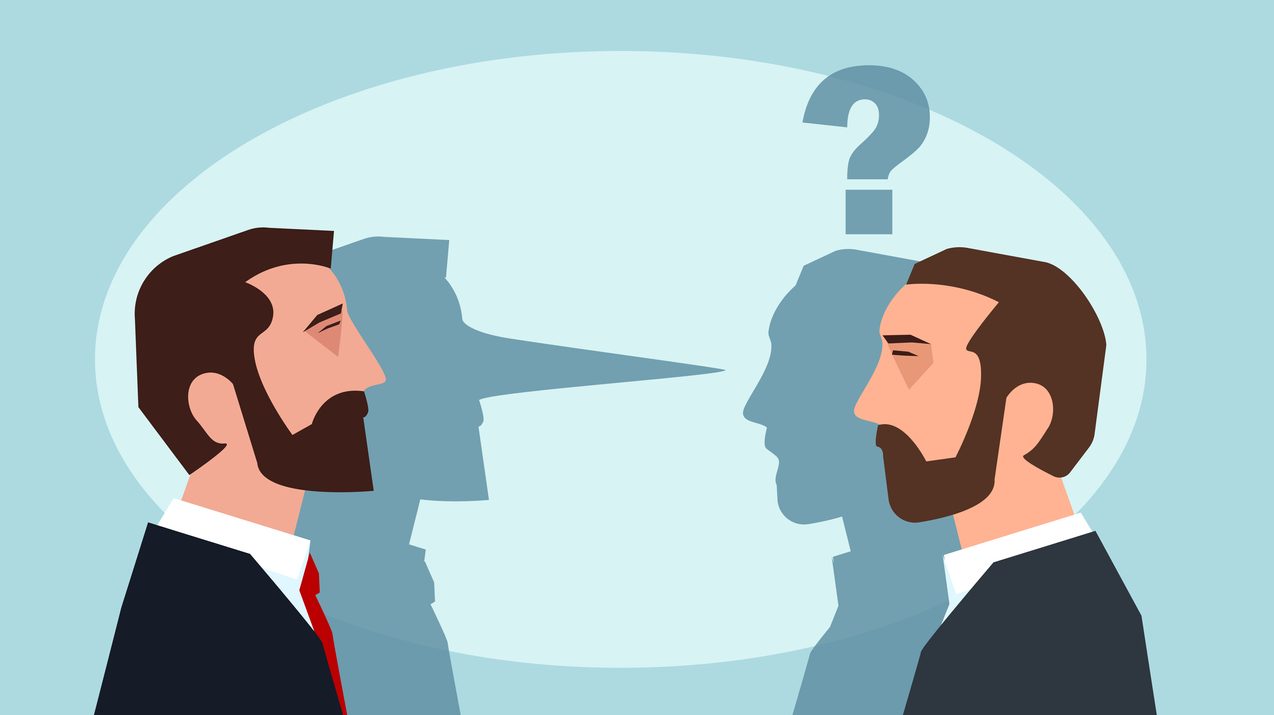 Research reveals the relationship between our lying behaviour and social preferences

Lying, though widely frowned upon, is a behaviour we are all familiar with. We have all lied. Some people tell more lies than others; some may only choose to lie when they run out of options. There are different types of lies, too. For example, we are familiar with the phrase ‘a little white lie won’t hurt’. White lies in general are considered the least serious of all lies. People tell white lies either out of politeness or to avoid hurting others’ feelings. Fighting over resources is another common reason for deception.

A recent research study by Prof. Jaimie Lien from The Chinese University of Hong Kong (CUHK) Business School looks into the relationship between lying and social preferences.

“Are lies mostly driven by self-interest monetary benefits or could they also reflect individuals’ preferences over distribution of resources? In other words, how do individuals’ tendencies in lying reflect their social preferences? These questions have not been fully addressed in previous studies on lying behaviour,” says Prof. Jaimie Lien, Assistant Professor in the Department of Decision Sciences and Managerial Economics at CUHK Business School.

In the study “Lying for Efficiency or Fairness?”, Prof. Lien and her collaborators Prof. Zheng Jie and Master’s student Zhang Jinglan from Tsinghua University, examine whether people with strong fairness or efficiency preferences, tend to correspondingly lie on behalf of fairness or efficiency concerns over the distribution of resources.

Previous studies have established that some people tend to lie when they care about the consequences of lying on other people’s monetary gains and losses (i.e., other-regarding concerns). Some are more likely to lie out of reciprocity concerns, that is, when they feel they are being treated unjustly. There are also others who tend to lie for efficiency considerations. Earlier literature found that people sometimes lie in order to allocate resources to a point that is impossible to reallocate without making one individual better off and the other worse off, also known as Pareto efficiency. In other words, people may tell Pareto white lies in order to increase the total gain for the group.

“This is one of the starkest findings in our experiment, which suggests that the desire to have more than others do, may be an overall more prevalent force for lying behaviour compared to the positive regard for others.” – Prof. Jaimie Lien

In order to test whether peoples’ tendency to lie for efficiency or fairness is associated with their underlying preferences for efficiency and fairness, Prof. Lien and her collaborators designed a series of experiments for 90 students from different majors and provinces at Tsinghua University.

In the allocation tasks, the participants were asked to choose a numerical amount to add to one player’s payoff in scenarios either with or without self-involvement. These tasks were designed to measure whether the participants have a social preference which tends more towards fairness or efficiency.

After they completed the allocation tasks, students participated in several mind cheating games. In the games, each participant was told to choose one out of five letters and keep it in his mind before the next page revealed the payoff corresponding to each letter. The participants had the opportunity to lie about their chosen number in order to get a higher payoff. The mind cheating games were played in three scenarios with one person, two players and three players respectively.

In the two-player scenario, the researchers tested fairness and efficiency concerns separately.

In the efficiency test, on the other hand, the payoff corresponding to the participant’s reported number is awarded to both himself and the opponent player, which provides an opportunity for the participants to lie in order to get the maximum payoff for both.

As for the result, Prof. Lien says: “When their report has an impact on their own actual payoff in these games, subjects are less willing to lie for fairness concerns and relatively more willing to inflate reports on behalf of efficiency concerns.”

In the three-player scenario, the participant’s decision does not affect his own payoff but his reported number determines the payoffs of two other players. Under this scenario, a significant number of participants are willing to lie for a completely fair situation when their own payoff is unaffected.

“Participants, when acting as an unaffected social planner or an outsider, have a stronger tendency to lie in order to achieve a completely fair status among others,” Prof. Lien says.

So, by comparing the individual choices in the allocation tasks to those in the mind cheating game, what does the study tell us about the relationship between lying behaviour and social preferences?

“This is one of the starkest findings in our experiment, which suggests that the desire to have more than others do, may be an overall more prevalent force for lying behaviour compared to the positive regard for others.”

“Our results show that efficiency-oriented individuals tend to have strong social considerations, and they would be more willing to cross a potentially uncomfortable line (e.g., lying) in order to achieve their preferred social objective compared to those individuals who were very fairness-oriented,” she says.

According to Prof. Lien, we should take note as efficiency is one of the prominent social welfare considerations in the study of economics.

“As an economic concept which emphasizes surplus maximization rather than distribution, it is possible that efficiency holds a more universal and stronger appeal, less prone to self-serving biases, in the underlying psychological motivations for lying,” Prof. Lien says.